'One Lake' Project Could Go to Public for Comment Next Month | Jackson Free Press | Jackson, MS

'One Lake' Project Could Go to Public for Comment Next Month 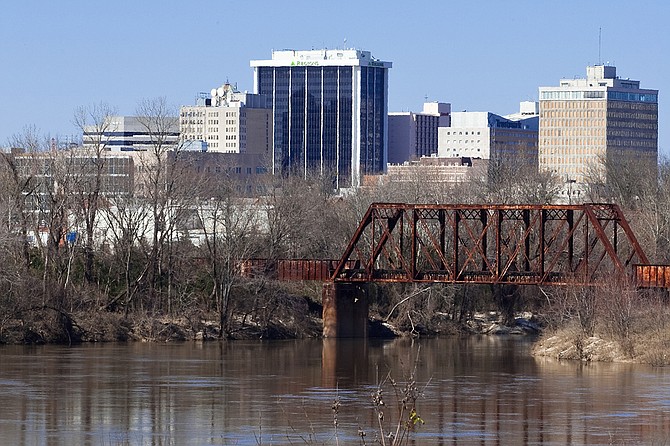 The "One Lake" flood-control and development project could go to the public for comment as soon as April, board attorney Keith Turner told the Rankin Hinds Flood Control District Monday. Trip Burns/File Photo

JACKSON — Engineers are pumping water at both Pearl River stations after a weekend of storms. The river reached a crest of 21 feet this weekend but is projected to drop down to lower levels later this week. Flood stage for the Pearl is 28 feet, and the Rankin Hinds Flood Control District, called the Levee Board, is tasked with working on a flood-control project to ensure that a flooding event like the Easter flood of 1979 does not happen again.

The board has proposed the "One Lake" project, which would widen the section of the Pearl that divides Jackson and Flowood to create a lake-like body of water. The project has taken years to get off the ground, now with a scaled-back plan from a more ambitious "Two Lakes" strategy. At its meeting today, however, the board approved an $82,430 payment for the final support agreement with the U.S. Army Corps of Engineers in Vicksburg to finish the agency technical review of the project.

"[T]his is all estimated because we never know what kind of obstacles we are going to run into as far as dealing with all these agencies," board attorney Keith Turner said.

The board also approved a $13,571 payment for the wildlife review with the U.S. Fish and Wildlife Service this morning. The wildlife review is one piece of the larger study that will eventually go to Washington, D.C., for final approval.

Turner said the independent review of the project, which science and research organization Battelle is conducting, will be finished by May 1. Turner said public comment on the project should begin in April and likely continue into May.

Dallas Quinn, who works with the Pearl River Vision Foundation, told the board he is working to set dates and locations for the public-comment meetings, which will likely be held at night in the Jackson metro area.

A bond bill to help finance the One Lake project died this legislative session, when the Senate Finance Committee did not take it up, after the House passed it. Turner said the decision of whether or not to pursue the same bonding authority next year will be left up to the board. The project has financing options in several corners, however, and the legislation dying will not stifle progress.

One potential roadblock to the lake project is opposition downstream.

A previous version of this piece said Dallas Quinn "worked" with PRVF; it should have said "works." We apologize for the error. Read more about the One Lake project at jacksonfreepress.com/pearlriver. Email state reporter Arielle Dreher at [email protected].