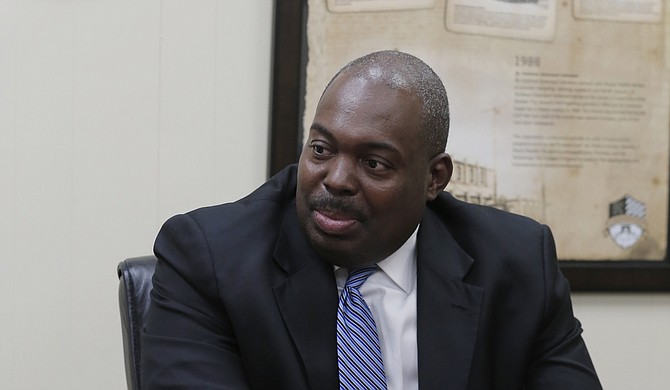 Jackson Public Schools Interim Superintendent Freddrick Murray said the district will be transparent about its plan to make up a week of school students missed due to water main breaks in the city this week.

JACKSON — Frozen pipes mean more than low water pressure for local public schools: the district is closed until Tuesday, Jan. 16. Jackson Public Schools was forced to close after the cold snap that froze many of the capital city's aging pipes that led to more than 100 water-main breaks this past week. On Jan. 10, half of schools still had low or no water pressure, a release from the district says.

Some schools had no water at all early in the week, and most of the schools need water pressure to heat and air condition the schools. Jackson Public Schools was supposed to resume classes after winter break on Monday, Jan. 8.

Schools that were warm last week are now cold, Don McCrackin, executive director of facilities, told the JPS Board of Trustees on Tuesday at its first monthly meeting. McCrackin said his staff is monitoring the schools but that about half the schools had too little pressure for working toilets as of Tuesday.

JPS has two inclement weather makeup days built into the schedule that will make up for missing Monday and Tuesday, but because the district is closed the rest of the week, students will have to make up for lost time somehow.

Interim Superintendent Freddrick Murray told the board that his staff is exploring all options, including adding hours to the end of school days or potential make-up days on Saturdays.

"Extending the day is a possibility," Murray said. "A few years ago we missed seven days, and we made days up in a myriad ways: we came on a Saturday; we came Memorial Day; we extended the day, so there were several different strategies to make the days up," Murray told the board. "We will be transparent, and we will work with our teachers and community and the board (on a plan)."

After four days of school closure, Murray said, the district would have the flexibility to add hours to the day, but before that the district has to make the days up individually. The board did not pass a plan to make up those days at its meeting but will have to in coming weeks. The board did approve the district's new corrective action plan, however, and JPS will turn it in to the Mississippi Department of Education next week.

JPS is on probation with the state Commission on School Accreditation, after an investigative audit last year found the district to be out of compliance with 24 standards.