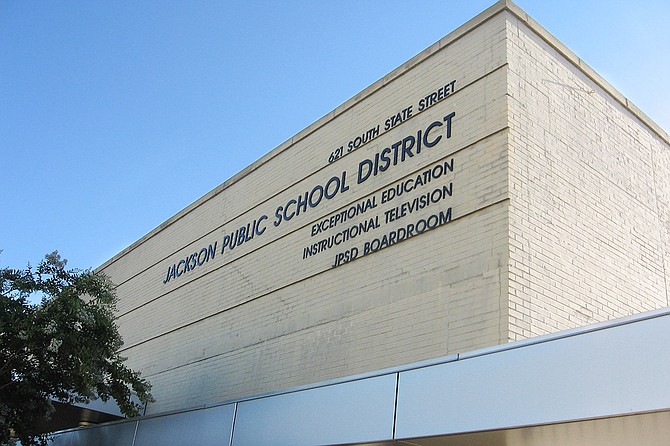 The Jackson Public Schools Board of Trustees issued a request for proposal for a group to help them search for new superintendent candidates for the school district. Photo by Elizabeth Waibel.

JACKSON — The Jackson Public Schools Board of Trustees voted this week to begin the search for a new superintendent, starting with issuing a request for proposals to hire a consultant to assist in the search.

The RFP responses are due by Friday, Feb. 2. Board members plan to circulate the RFP through their board attorney Dorian Turner as well as through their own connections. The board opted to not advertise locally for the candidates.

At their second monthly meeting on Wednesday, Jan. 19, the JPS Board left the option open to interview search consultants if they see a need to.

The JPS Board also heard from representatives from the Council of the Great City Schools, which studied the district in December 2017 and plans to release a report at the end of the month. The group studies urban school districts around the nation, and Executive Director Michael Casserly told the board that the council's work in JPS is all pro bono.

Casserly outlined changes the district can make immediately to help improve student outcomes, noting that more details will be available in the forthcoming report. His team evaluated the district's organizational structure as well as its instructional system. He said the board and administrators have an opportunity to change JPS.

"We also had concerns. The primary one is that student achievement in the school system is painfully low, and it is low even if one compares the performance of poor students in Jackson with poor students statewide," Casserly told the board Wednesday. "... Over the years, the district has not put the emphasis it needs to have ... on raising student achievement. ... It was not surprising to us as a team that your students are not seeing the progress they want."

Casserly explained that the organizational chart for JPS, which is split into four areas with an assistant superintendent over each one, is not one the council has ever seen work.

"The structure you have right now, which is largely defined around the regions, is not an organizational structure that we have ever seen work in any major city anywhere in the country, and by work I mean help spur student achievement forward," he said.

JPS leaders changed to this structure last summer, in the midst of a potential state takeover, and the re-organization was used in the district's presentation to the State Board of Education as a new model to help the district. Casserly suggested a different route, noting that the superintendent has too many people reporting to him.

"You could have all of the regional superintendents reporting to the superintendent, if you didn't have anyone else reporting to him. At this point, he now has a span of control which is pretty wide, and he really needs to have somebody to oversee both the regions and the individual schools to help them normalize practices across the system," he said.

The council's report will suggest that JPS consolidate all instructional programs under a single chief academic officer as well as install a chief of schools officer to oversee all of the regional assistant superintendents. Casserly pointed out actions to take immediately, like re-defining the district's academic goals and strategic plan and then restructuring the central office around those goals.

Casserly also suggested that the board review all contracts to ensure they contain accountability clauses, an issue that the new board has already worked on in previous meetings. "I am optimistic, despite all the things I have said, about this board, this district and its future," Casserly said. "You have a lot of people that want to make things right."

The Council of the Great City Schools, a Washington D.C.-based organization, will send staff back to Jackson to provide professional development for the new JPS school board, which will be pro bono, too.

"One of my greatest concerns is that we continue to spend money and do things that are often good things ... but if they are not all clearly aligned with the needs of the children in the classrooms in front of us right now, we are wasting our time," Hairston said.

JPS is on probation with the Commission on School Accreditation, and the district submitted its corrective action plan to MDE this week. The State Board of Education will vote to approve or not approve the plan in February. In the meantime, the Council of the Great City Schools will finish its report on the district this month.