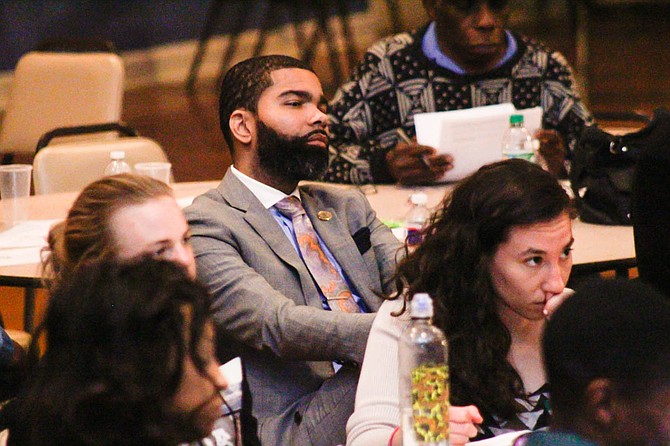 At the participatory budgeting People’s Assembly on April 10, Mayor Chokwe Antar Lumumba engaged as a citizen, rather than as the mayor. Photo by Stephen Wilson.