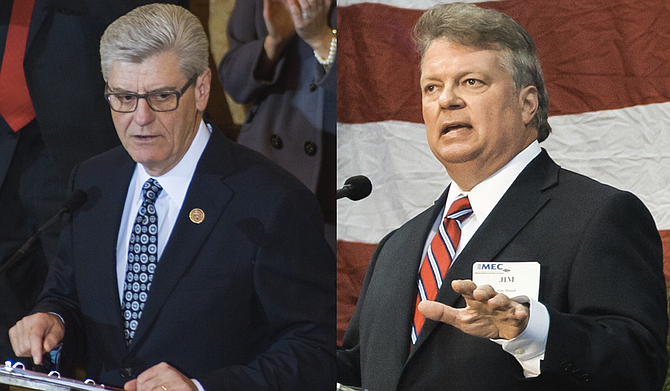 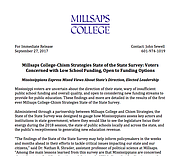 "Particularly, we find that for the third consecutive quarter that Mississippians remain adamant about fixing roads and bridges, securing more funds for public schools, and improving access and affordability of health insurance in the state," Nathan Shrader, an assistant professor in American studies at Millsaps College, said in a press release.

The survey, completed on March 27, shows that Mississippians continue to disapprove of the Mississippi Legislature, which could be connected to policy priorities that remain unmet as the survey found from funding for roads and bridges, access to health care and reducing the size of state government.

Lawmakers increased funding for K-12 schools slightly in the 2018 legislative session, directing funds at specialty programs and not the Mississippi Adequate Education Program. House Speaker Philip Gunn, A Clinton Republican who was unknown by 42 percent of those Chism surveyed, and Reeves could not come to an agreement on roads and bridges during the session, however, and the governor has encouraged the two to continue discussions to come up with additional funding for state infrastructure needs.

Reeves is expected to run for governor as a Republican.

The state chamber of commerce estimates that it would take about $375 million annually to address Mississippi's infrastructure needs. The state has a flat gas tax rate that has not been increased since the road program passed in the 1980s. Gunn has introduced the first proposal for out-of-session infrastructure talks, but Reeves will need to agree to the plan.