From Jefferson Davis to Barack Obama: Jackson Elementary School Gets a New Name 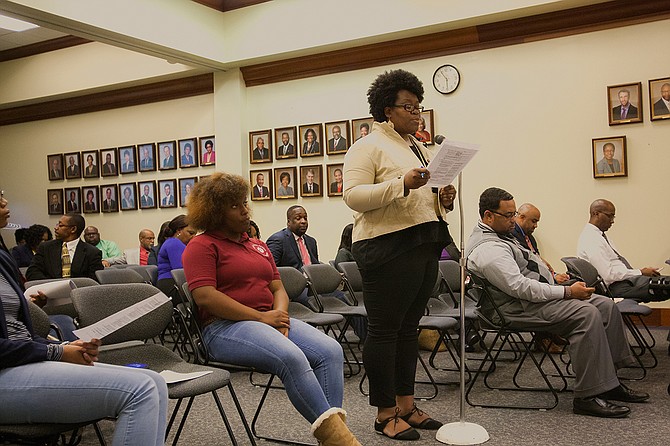 Parents, students and community members voted to change their school's name, which was named after Jefferson Davis, president of the Confederacy, in recent weeks, and Janelle Jefferson, the school's PTA president, informed the Jackson Public Schools Board of Trustees of the name-change at their meeting Oct. 17.

"Jefferson Davis, although infamous in his own right, would probably not be too happy about a diverse school promoting the education of the very individuals he fought to keep enslaved being named after him," Jefferson told the board.

The PTA president explained that the organization collected recommendations for name changes at an email address, and included eight names on a ballot.

The school held an assembly on Oct. 4 for students to present each class's top choice with an explanation of why. On Thursday, Oct. 5, parents, teachers and students voted on paper ballots. The top three names from that ballot went to the PTA board on Friday, Oct. 6, and the PTA board chose "Barack Obama Magnet IB Elementary School."

Jefferson asked the JPS Board of Trustees to provide direction on next steps, as the name change does not become official until the 2018-2019 school year. In September, the JPS school board voted to give all name-changing power to the schools and local communities. Three schools in the district are named after former Confederate leaders.

Staff at Davis IB Magnet will have the rest of the year to work on the process of changing their school name. The name-change will be official next fall. Lee and George Elementary Schools also have the opportunity to change their school names to new ones that do not honor Confederate heroes.