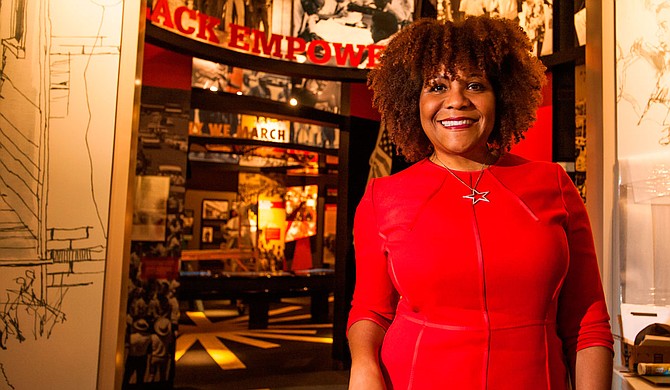 Pam Confer’s song, “Mississippi Beautiful,” will be part of the “Where Do We Go From Here?” gallery at the Mississippi Civil Rights Museum. Photo by Stephen Wilson.

When Pam Confer writes songs, she says the lyrics just come to her, and she starts singing them.

So one evening in spring 2016, Confer was walking her dog, Jazzie, when she began singing, "Who are we?"

"Mississippi has a such a rich and complicated history, and I know that's an understatement, but that's just the most even way to describe it. I think, historically, the people here have tried every approach to understanding each other, to seeking justice, to getting justice, to defining what justice is, defining what equality is, and I don't know if we've taken time to ask ourselves, 'Who are we?' We say, 'This isn't right,' and 'We should stop this,' and 'I didn't do that,' and 'Yes, you did,' but really, we can't get away from us. We're all in Mississippi, so we can't escape."

A couple of days after she wrote the song, which she called, "Mississippi Beautiful," she sang it for James Meredith and his wife, Judy, at the opening of the "James Meredith: Am I or Am I Not a Citizen?" exhibit at the Smith Robertson Museum and Cultural Center in summer 2016. "I sang it maybe one other time at a performance, just to play with it, but I hadn't gotten anything solidly down," she says.

With the Mississippi Civil Rights Museum and Museum of Mississippi History opening and the state's bicentennial approaching, she says she knew she wanted to dedicate it to the historic change that she felt was coming.

"I was telling a few people about it, and I knew that the museums were being constructed, but I didn't know what was going in all the galleries or the verbage or anything," she says. "... I promise you, just sheer destiny, is I was telling Pam Junior, the director over there, about the song, and the consultant who was doing the very final gallery that's called, 'Where Do We Go From Here?' ... I'm talking about the words to this song I've written, and they're like, '(Those are similar to) the words that (are) in the gallery!'"

She says the first line of the song—"What do you stand for?"—was also in the gallery. After discovering the similarities between her song and the gallery, she went into the studio and got the song done enough so Junior and the consultant could hear the emotion behind it.

"I really didn't think anything else about it except for the fact that it would be great if it would match with this gallery," Confer says.

Junior contacted her on Friday, Nov. 17, and asked her to come by and see the gallery. "Then I heard my song, so we all kind of started crying," Confer says. "It was like a cry fest. The consultant was crying, Pam was crying, I was crying ... those big soap-opera types of cries. ... (The song) just fits perfectly there. It does belong there, and I really hope that it helps to send that message when people leave, that you're not leaving to get in your car and do the same thing you did when you arrived."

Confer says that with the state's bicentennial and the museums' opening, we have an opportunity to participate in our own destiny.

She says that to truly redefine who we are, the current generation and past generations, especially people who were alive during the Civil Rights Movement, must come together to build and boost up Mississippi.

"We can redefine who we are, why we're here, what our legacy is, what really should we tell our children now. Not in the '60s, but what do you tell your children right now?" she says. "What's their legacy? And we all have a role to play in that."

Confer's song, "Mississippi Beautiful," will play in the "Where Do We Go From Here?" gallery at the Mississippi Civil Rights Museum. Brandon Mitchell and Marcus Singleton produced the song. The opening of the civil-rights museum (222 North St., Suite 2205) and the Museum of Mississippi History (222 North St., Suite 1206) open on Saturday, Dec. 9, from 11 a.m. to 7:30 p.m. For more information, visit mdah.ms.gov. Confer will sing the song and sign copies of the CD at the Renaissance at Colony Park (1000 Highland Colony Pkwy.) from 1 p.m. to 6 p.m. on Sunday, Dec. 10.