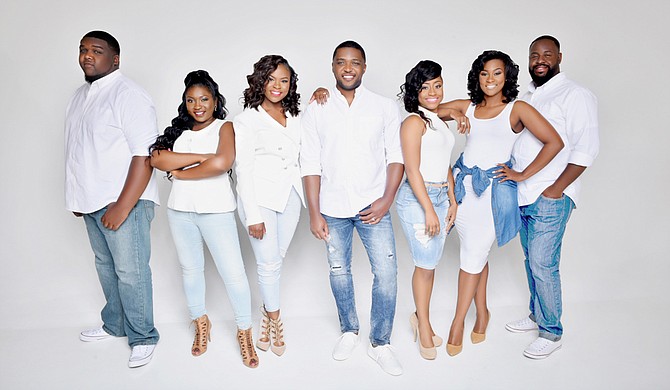 For Jackson gospel group Brandon Mitchell & S.W.A.P., a little discouragement has helped pave the way for a greater source of encouragement on their sophomore album, "Amazing."

Mitchell, a Benton, Miss., native, formed the group in 2006 while attending Auburn State University and self-released its debut, "I Feel a Move," in 2010. While S.W.A.P., which stands for Singers With a Purpose, had plenty of success following the release, Mitchell says the music itself did not have the impact that he had hoped.

Mitchell says that he realized he had a lot to learn in many areas, including vocal production, mixing and mastering. At the same time, he wanted to learn them the right way and needed direction.

"So I stepped out on faith, and I reached out to the guy who produced the (new) album, AyRon Lewis, who is  actually my favorite producer," he says. "I reached out to him, and it just worked out. During this process, I really learned how to make a record."

Mitchell, and his wife and co-writer, Trinity Mitchell, began working on the songs for "Amazing" in 2012, and now, six years later, S.W.A.P. is preparing to  release the album independently on May 18 through all digital retailers. The group will celebrate with a concert that evening at Jackson Revival Center, featuring  special guest artists such as Lena Byrd-Miles, Michelle Prather and Lisa Knowles-Smith, who all three sing on "Amazing."

"Over the course of time, I've learned that you can't rush what God has for you," Mitchell says of the record. "You just have to be faithful and be diligent because his time is perfect. I wanted to release this  record so many times—so many times—but it just wasn't time."

That patience ended up opening more doors for him over the past few years, though. Through developing his in-studio abilities on "Amazing," Mitchell was able to work with other Mississippi artists,  sharing some of the skills that he picked up from AyRon Lewis, who has worked with legendary gospel acts such as Shirley  Caesar, The Mighty Clouds of Joy and James Fortune & FIYA.

"That's what I wanted more than anything, with me reaching out to my producer: I wanted to sew back into our community like he sewed into me," Mitchell says. "It's just been an amazing experience being able to give back to the (local music) community, being able to sew so much into the artists who don't know. They're just like I was: They don't know, but they want this information.

"... We really want this record to show everyone you can be successful and independent, and you can take time and do things the right way. The record should get national buzz. We have a lot of things outside of the state coming up this summer, so we're looking forward to branching out and spreading what God has given us through this music."

The "Amazing" album release show is at 7 p.m. on Friday, May 18, at  Jackson Revival Center (4655 Terry Road). Tickets are $15 in advance and $20 at the door. For more information, visit  brandonmitchellswap.com.