Stamps: Transition to Trump a Time of Opportunity for Jackson 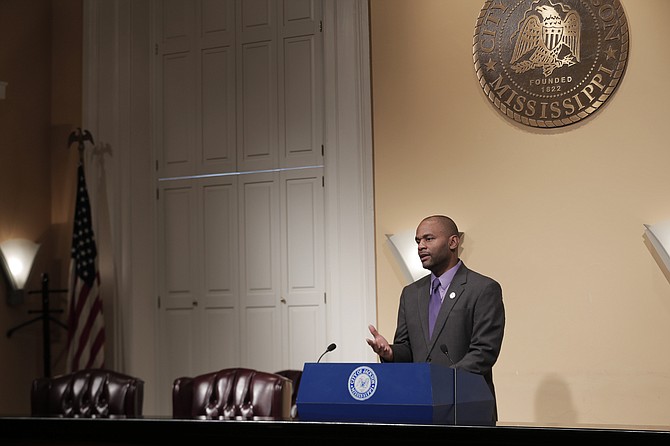 Ward 4 Councilman De'Keither Stamps wants to leverage relationships developed during the presidential transition process for the benefit of Jackson. Photo by Imani Khayyam.

JACKSON — Jackson City Councilman De'Keither Stamps met with members of President-elect Donald Trump's transitional team earlier this month in Washington as a part of a group of leaders of color from across the country. Today he heralded the process as a moment for Jackson to develop relationships.

"It gives us an opportunity ... for folks right here in Mississippi to be engaged in that process," the Ward 4 councilman said.

Stamps visited the nation's capital with other leaders of color on Nov. 16, which the Joint Center for Political and Economic Studies and the National Alliance of Latino Elected and Appointed Officials coordinated. Both organizations focus on minority participation in government. The group has been meeting, mostly through teleconferences, for over a year now, and the transition process will continue for the next year or so, Stamps said during a press conference in the city council chambers of Jackson's City Hall this morning. 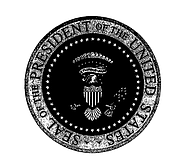 Stamps said the process includes the transfer of more than 6,000 positions within the structure of government, domestic and overseas. He said he hopes Jackson benefits both from the influx of talent into the market as well as the opening of positions for Jacksonians and Mississippians.

"We are engaged in that process, and we will be pushing out information to assist people in taking advantage of those opportunities," Stamps said, adding that he wants to work to attract some of the outgoing talent into the city and state.

Stamps distributed copies of the schedule for the transition at the press conference. The process actually began before the election ended, back in May. Then, three councils—the White House Transition Coordinating Council, the Agency Transition Directors Council and the President's Management Council—all formed to begin planning the long process of transitioning.

"Working in close coordination," the packet from the Office of the President states, "these three councils provide guidance to agencies in gathering briefing materials and other information relating to the Presidential transition. The councils also oversee the preparation of career employees who are designated to fill non-career positions on an interim basis during a Presidential transition, and assist in the off-boarding of political appointees concluding their service and the onboarding of political appointees joining service to work for the President-elect."

Or, as Stamps explained it, "You can't hand over the largest corporation in the world in 70 days."

This month the appointment process for the president-elect started, and as Donald Trump spends the next several months filling in the 6,000 positions, the question for Jackson is how Trump appointees' policy changes will affect the city. Stamps said the relationships created now will help city leaders understand those changes.

"That's why relationships are important. When you go meet with people, it shouldn't be the first time you meet them," Stamps said. "And it's an ongoing process, not just a one-time deal."