Moratorium on Payday Lenders, Liquor, Title and Pawn Stores in Ward 4 Moves Ahead 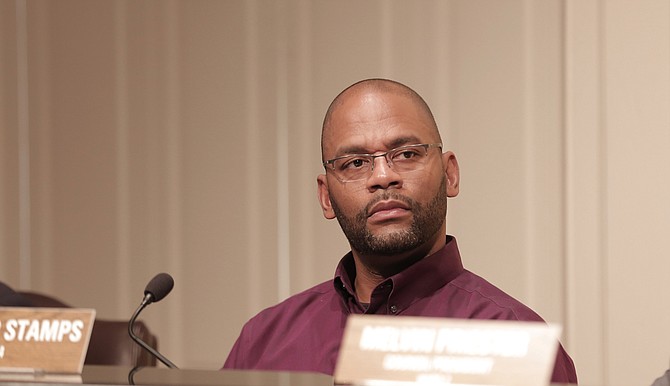 "In some areas we have over-proliferation," Ward 4 Councilman De'Keither Stamps said, describing the "30-plus" check-cashing storefronts on Ellis Avenue. "I don't know if we have 30 banks in Jackson."

"The Jackson City Council finds that over-development and saturation of" the aforementioned businesses "would be detrimental to the City's development and would effectively limit the ability of the City to attract diverse types of business," the order states. Although the Planning Committee passed it unanimously, it still must go before the full Council.

"Let's pause and see how we want these areas to work together," Stamps said. "What do we want them to look like?"

Where these institutions are also matters, because 30 percent of Jackson's population lives below the poverty line, and Mississippi itself is the poorest state in the union. The growth of the business in certain areas, such as Ellis Avenue, could mean that the services have focused in on the low-income area.

"People use what's closest to them," Charles Lee, director of consumer protection at the Mississippi Center for Justice, told the Jackson Free Press in February. "If that's the closest financial—quote—institution to where they live, that's what they'll use."

The moratorium resulted efforts and meetings that started in early February, Stamps said after the committee meeting.

Ideally, Stamps said, a permanent solution to the business profile in the area will have to come from changes to the City's current zoning ordinances.

The order states that it will "allow time to review the zoning ordinance for possible changes that are in harmony with the master plans and to review prior studies to promote redevelopment and revitalization."

"We weren't able to permanently bar them," Stamps said, "but we were able to do a temporary moratorium for a year so that we can complete master planning the area so we can do recommendations to the city about some text amendments for the zoning ordinances for specific areas."

A manager of one of the Ellis Avenue institutions, Paycheck Loans, said today that the council should speak with the customers before placing restrictions on the businesses.

"You know a lot of times they down us," Diane, who did not want to use her last name, said, "but if they would actually talk to some of the customers, they are really appreciative of having a company to go to, because the other finance companies they can't because of their credit and everything."

The Jackson Free Press reported in February that as of 2010, the cities of Byram, Canton, Clinton, Flowood, Jackson, Laurel, Pearl, Rankin County, Ridgeland, Starkville, and West Point had all either imposed moratoria or restricted the zoning regulations of check-cashing establishments. The Washington, D.C.-based Consumer Federation of America reports that more than 120 cities across the nation have pursued similar avenues of restriction.

Originally, the order would have placed a moratorium on these types of businesses across Jackson, but the committee passed amendments to narrow the scope to Ward 4.

"We made some amendments that restrict it down," Stamps said. "There were some concerns in the last committee meeting about there are some places in other parts of town that would be affected if they wanted a high-end wine and spirits shop, so we restricted it down to just Ward 4 and Highway 80."

Ward 7 Councilwoman Margaret Barrett-Simon applauded the efforts of her colleague, relating the measure to issues she had faced in her own ward.

"I think that it is especially significant and important in the area along the new roadways, because you have a chance there to put some controls in place," Barrett-Simon said. "I am always dealing with the old mistakes in the area I represent."

"I do want to commend you on this plan, though, I think it is very forward-thinking."