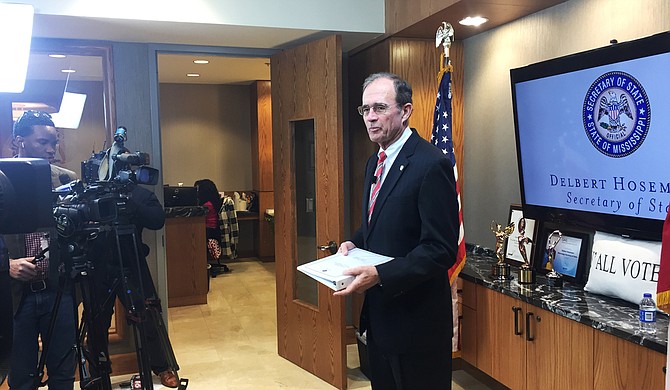 Mississippi Secretary of State Delbert Hosemann announced the turnout for the 2016 presidential election on Nov. 21 and listed several counties in the state that would be under review for voting practices, including Madison County. Photo by Tim Summers Jr..

JACKSON — Mississippi's presidential turnout numbers dropped almost 75,000 over 2012 this year, in one of first elections in recent memory without any federal oversight of polls in the state. 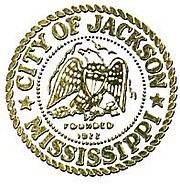 The monitors were a vestige of the Voting Rights Act, a safeguard against fraud and racial discrimination at the polls. Hosemann said other states had monitors this year, including Massachusetts, Rhode Island and Connecticut, adding that it indicated a major change in Mississippi.

"Mississippi turned a page in its electoral history this November 8," Hosemann said, "and those in Mississippi should be proud of what they did."

While the state operated without federal oversight, Hosemann said overall voter turnout dropped. "In the prior election, in 2012, we had slightly more people cast a ballot, about 1,285,000," Hosemann said. This year, the secretary of state's office reports that 1,209,357 Mississippians voted, out of 1,480,191 eligible voters.

The official results from the state election commission are not available until next week, but the secretary of state's office provided the Jackson Free Press with advance, unofficial numbers. These could change slightly before the finals are certified.

The numbers show that 485,131 Mississippians voted for Hillary Clinton, while 700,714 voted for Donald Trump. Libertarian Gary Johnson won the third largest chunk of the vote with 14,435.

Hosemann called the state's voter ID requirement a "success" this year, despite concerns that it is a frivolous tool to discourage minority participation. "Only 506 out of 1.2 million voters showed up without an ID," Hosemann said.

The secretary of state said his office had not pinned down how many people who were turned away for having no ID then came back and voted. The secretary did say, however, that his staff had set some counties, including Madison, for review in upcoming months, mostly to purge outdated and excessive voter rolls. For example, Hosemann said Madison's voter roll is at 170 percent of its population.

"We are going to visit eight counties shortly," Hosemann said, listing Madison, Noxubee, Issaquena, LeFleur, Amite, Covington, Grenada and Humphreys. He said purging the rolls before an election is illegal.

The final day for the presidential election is Dec. 19, when the election commission sends results to the Legislature for electors to cast their votes for Donald Trump for president.

Four races are ongoing with run-off elections on Nov. 29: