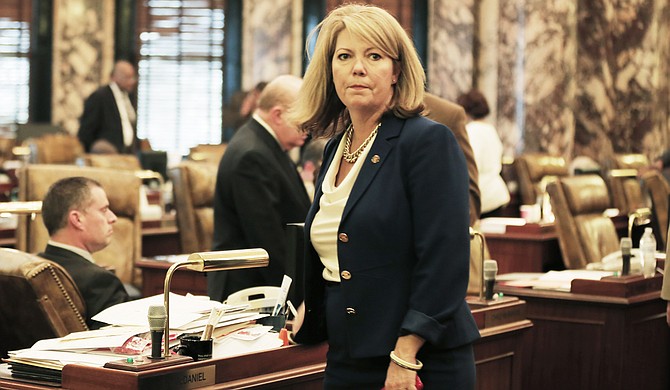 Mississippi has the fourth-highest teen-birth rate in the country, and Sen. Sally Doty, R-Brookhaven, is pushing a sex-education bill to help school districts bring that rate down. She wants schools to have smarter choices, she says. Photo by Imani Khayyam.

Sex education in Mississippi could end, or be revamped, as soon as July this year, depending on legislators' actions between now and the end of the session. The House of Representatives and Senate have 15 bills before them to mandate or regulate sex education in the state.

The "Personal Responsibility Act" would take sex education in the state a step further by requiring it to be taught twice—once in middle school, and once in high school as well as mandating that curriculum be evidence-based. 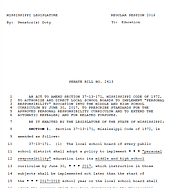 Sen. Sally Doty, R-Brookhaven, authored the bill, which has passed through the Senate Education Committee and is on the calendar for debate this session.

Doty's bill removes a lot of language from the 2011 bill, which first mandated sex education in the state, allowing school districts to choose between "abstinence only" or "abstinence plus" curriculums. Doty said the 2011 bill included several curriculum standards that were not realistic.

The 2011 legislation expires in July, so if sex education is going to be renewed without discontinuation, it needs to be this session. The "Personal Responsibility Act" would bring Mississippi's law more in line with states that require all sex-education options to be "medically accurate and evidence-based." Rep. John Moore, R-Brandon, filed a similar bill in the House of Representatives.

The original 2011 legislation mandated public schools to provide sex education for students with a long list of stipulations. Districts had to pick whether to offer "abstinence only" or "abstinence plus" curriculum and then comply with a list of rules and stipulations, such as only explaining condoms and contraceptives if that discussion includes risks and failure rates. Doty says the problem was that it is hard to find a curriculum that addresses every stipulation in the older statute. Some curricula pass as both "abstinence only" and "abstinence plus," so some districts ended up teaching both. "Abstinence plus" education teaches students about contraceptives, sexually transmitted infections, and the risks and failure rates of contraceptive methods that aren't abstinence.

Mississippi Department of Education data from the 2014-2015 school year shows that 64 percent of districts have implemented "Choosing the Best" sex-education curriculum, which is designated as both "abstinence only" and "abstinence plus" depending on how each school district decides to use and then report that curriculum to MDE. 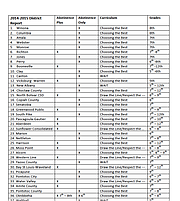 "If we're serious about doing things that work and not just what we think maybe might work because it sounds like a good idea, I think we've got to choose curriculums and make available curriculums that have been used, that have been critiqued and that have proven themselves," Doty said.

The 2011 bill did not set specific age requirements, but Doty's bill does. Her bill requires districts to offer sex education once in middle school and once in high school to students. School districts will, again, have the freedom to choose different curriculum for middle-school students than high-school students.

"Really what it does, we hope, is provide a bit more of local control at the local level for schools to let them make a choice," Doty said.

Middle-school students between ages 11 and 15 are at the best age to be receptive to sex education, the Mississippi Campaign for Teen Pregnancy Prevention uses says. The majority of school districts in the states start sex education in middle school, MDE data show.

A Step in the Right Direction'

The "Personal Responsibility Act" does not change the requirement for parents to opt in for their students to participate in sex education. Additionally, the bill still requires schools to separate students by gender during sex-education courses as well as not promote abortion as a viable way to end a pregnancy.

The Women's Foundation supports the bill because it supports evidence-based sex education, but in a statement also said the bill is "imperfect because it retains the gender separate classroom and opt-in provisions."

Doty said changing the name of the bill reveals the end-goal of her legislation.

"It's not about just sex, it's not the mechanics of sex necessarily, it is about how to make those good decisions to put you in a healthy relationship (eventually)," Doty said.

Josh McCawley, the teen-health policy director at Mississippi First, an education research and policy group, said the "Personal Responsibility Act" is a good step in the right direction for sex education in the state because evidence-based programs are what eventually lower the birth rate. McCawley said ensuring that programs are evidence-based will help affect behaviors that can in turn lower teen birth rates and STI rates.

Mississippi has one of the highest teen-birth rates in the country at 38 births per 1,000 girls in 2014. Doty said several factors that bring down the teen birth rate that can take years, but curriculum that works elsewhere is a good place to start. "We want everyone to have a family when they're ready to have a family, and when they're ready to be a parent, not be a parent when they should be a student," Doty said.