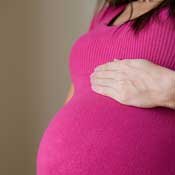 Instead of focusing on emotions, the Women's Fund of Mississippi is highlighting the cost of teen births to advocate for comprehensive sex-education in the state's public schools. Last week, the organization released the study, "Do You Know What You're Spending On Teen Pregnancy in Mississippi?" showing that the state's high teen birth rate costs taxpayers $155 million each year.

In 2009, 7,078 infants were born to women under age 20 in Mississippi; one third of those births were to women under the age of 17, the Mississippi Economic Policy Center finds. The state ranked No. 1 in the nation for teen births in 2008 the Centers for Disease Control reports.

The $155 million annual cost of those births includes lost tax revenue from lower wages among teen parents and their children, incarceration costs for sons of teen parents, and the cost of public assistance to teens and their families.

The report suggests solutions for tackling the teen pregnancy rate such as schools teaching comprehensive sex education that includes information about contraceptives. The suggestions also include mentorships and more employment opportunities for youth.

Gov. Haley Barbour signed a bill in March that requires Mississippi school districts to adopt either an abstinence-only or abstinence-plus sex-education policy. House Bill 999 gives school boards until June 30, 2012, to adopt a policy and requires them to implement it in their 2012-2013 curriculum.

Canter criticized the bill, calling it restrictive on school districts. In each policy, the bill requires the districts to separate boys from girls, which could be problematic for schools to schedule and find multiple instructors.

"Boys and girls need to be in conversation about sex education in order for them to get the most out of the experience," Canter said.

Both policies prohibit teachers from demonstrating how to use condoms.

"We know that of the programs that are effective, a big piece—although not the whole pieces—of them is how effectively we use condoms and contraceptives. That's basically saying if you want to prevent pregnancy and STDs, use a condom but we can't show you how to use them, so you have to figure it out on your own," Canter said.

Mississippi is eligible for $2,051,711 for evidence-based teen-pregnancy prevention strategies in addition to curriculums for school districts and nonprofits.

"Even though it sounds counter-intuitive, giving kids all the information that they need leads to abstinence more (often) than abstinence-only until marriage does, and that is the outcome we are looking for," Canter said.

The study highlights effective programs such as Operation Shoestring's Youth Employment Program that works with local businesses to provide training and life skills to students at Lanier High School.