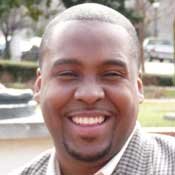 The opening of the Farish Street Entertainment District's venues could be pushed back again to the fall of 2012 if the Farish Street Group does not receive $8 million in bonds from the Jackson Redevelopment Authority, Watkins Partners Vice President Jason Goree said yesterday.

During a special JRA board meeting yesterday, JRA Executive Director Jason Brookins gave board members a letter from developer David Watkins requesting help to finance the final buildouts of the district's venues and clubs so that tenants can move in.

The development has stalled due to financing obstacles. B.B. King's Blues Club was scheduled to open this fall, but last month Watkins said that the development's first club would open summer 2012. Now, another delay is imminent, Goree said.

In his letter to JRA, Watkins writes that the group is working to use New Market Tax Credits and historic tax credits, but that the "complexity and competition for the allocations results in a lengthy process that does not meet our needs." To date, the Farish Street Group has provided $9.2 million for the development, which includes a $4 million loan from the Mississippi Development Authority; $1.5 million to cover debts from the project's previous owners, Performa; and $3.6 million in private funds to finance renovations. The project still needs $10.2 million to finish buildouts for the venues located in the first block of the district.

"We got our commitment letters back that provide New Market Tax Credits, and the target projection date (for getting those) is in March or May," Goree said after the meeting yesterday. "That may put us back to mid-June or July to complete our tenant buildout. That would push us to the fall of 2012 before we can open any clubs."

Jackson Redevelopment Authority board attorney Zach Taylor said that on a 20-year amortization schedule, the Farish Street Group would need to pay $800,000 to $900,000 to JRA per year to cover an $8 million bond debt service and interest. Board members requested detailed revenue projections, leases and detailed financial reports from the Farish Street Group before making a final decision. In the next few weeks, JRA's financial committee will review the information and make a recommendation to the board. If the board approves the financing, Jackson City Council members will also need to pass a resolution designating the bonds. In the event that developers are unable to pay the bond service, the city will be responsible for paying the bonds from its general fund.

"We are extremely confident that the debt service and these bonds can be paid by these projected revenues, or we wouldn't have asked for it," Goree said.

Jackson Redevelopment Authority Board member John Reeves questioned Taylor and Goree about the financial details during the meeting. Reeves said he supported the project, but needed more information about the development's projected revenue to be confident.

"This is really something that the investors of the Farish Street Group ought to pay for," he said. "When you enter into a business, you don't normally enter it hoping the government will bail you out. But this is in a blighted area. It's tough to get investment downtown. Watkins has done a good job, and if it takes this to make the deal go, I'm for it as long as the numbers work out."

Reeves acknowledged that financing the development would not come without risks.

"I don't have enough info to know if this is a good investment," he said. "You have to get past the build out, past the lease, and ask yourself: Is the public going to come down here and spend money? And I don't know."

I agree Jeffery Brown. This is turning into quite the cluster... and your points about the reticence of private investors to risk their capital, I think, are spot on. If there were numbers saying this will make money the private sector would be done with it already. Those numbers don't exist and now they want the city to finish it? Not a good sign.

Neither the JRA nor the Jackson City Council should approve this request. If the Farish St. developers can obtain the needed funds through New Market tax credits in March or May then this is how and when they should get their money. Opening in late 2012 is not unreasonable. What is unreasonable is to expect the citizens of Jackson to go out on the limb for the $8 million. Paying the JRA $800,000 per year in principle and interest amounts to $66,666.67 a month. Do you really expect this to happen when I am told the Farish St group is behind on it's lease payments to JRA for the buildings and land? No one has seen an accounting of how the original money has been spent. No one has seen signed leases for the buildings. No financial plan has been presented.This is a risky deal gone bad. The developers jumped into this shaky deal and it is not panning out. Now they want the people of Jackson to bail them out. As I stated earlier, the JRA and/or the Jackson City Council should give a resounding NO as the response to this request.