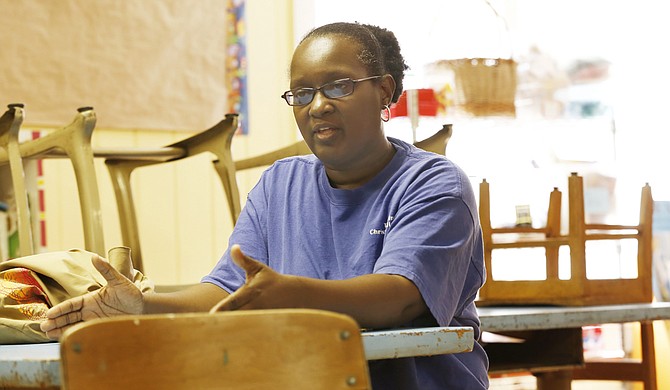 Yolanda “Lala” Kirkland has been at Stewpot Neighborhood Children’s Program for 17 years, working with homeless middle and high-school students to make sure they graduate high school and, hopefully, college. Photo by Imani Khayyam.