What Is Racism? Why Meanings Matter in Conversations About Race | Jackson Free Press | Jackson, MS 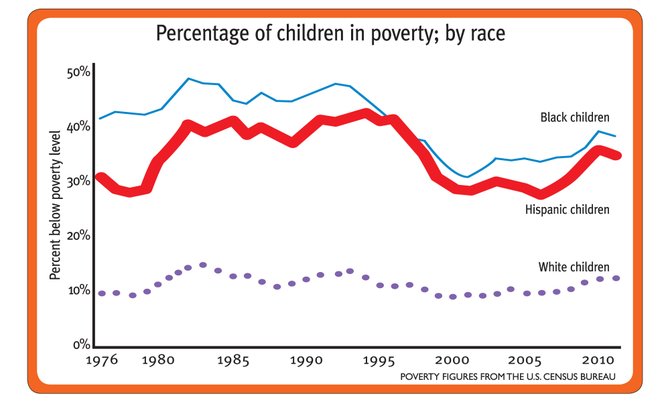 Imagine two people, one white and black, born the same day. Starting at birth, the black person is handed a brick due to a challenge he faces because he is not a privileged member of the majority culture (see page 18). That means the black person is loaded down by 4,745 bricks by his 13th birthday: Those bricks can bring with them negative public and media perceptions, self-doubt, crime-ridden neighborhoods, unfunded schools, the increased likelihood of incarceration for lesser crimes than whites, and many other roadblocks. On their 13th birthday, both kids get a brick and are told they are equal and are walking on a level playing field. They're not, but a white person might argue that they are because the black person is prejudiced against the white person's power. Regardless, the "minority" child is slowed by the bricks. If the black person slurs the white person in some way, displaying bigotry or prejudice, the white person claims it's "racist." No, the bricks are the racist burden many do not care to acknowledge. Adapted from http://racismschool.tumblr.com. 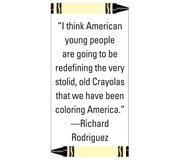 Generally speaking, semantics of race falls into two categories. Those who wish that conversation about it cease, arguing that "all that is behind us," tend to define various forms of prejudice, bigotry and racism as the exact same thing—usually followed by arguing that "everyone does it" as a way to end the effort at dialogue. This may or may not be done on purpose.

People who are more serious about race understanding, which requires dialogue and empathy (not sympathy), understand that defining all these things the same just provides an excuse to shut down further talk. Experts on race relations and historic discrimination define the terms quite differently; you can be racist, prejudiced and bigoted, but that doesn't mean that all bigots are racist.

Confused, yet? Let's look at the most respected and specific definitions of these terms, to consider why the differences matter. Essentially, none of these attitudes is a good thing, but one is much worse than the others. Here's why.

• Prejudice: Garden-variety prejudice is an attitude: a personal judgment of another person based on a characteristic such as ethnicity, social standing, etc. You are essentially pre-judging a person based on a characteristic. Most people are prejudiced in some way, and it does not mean that you participate in discrimination or racism even though you may stereotype certain people in your own head. Many can control their own prejudices simply by recognizing them and working to overcome them without ever vocalizing them.

• Bigotry: Bigotry tends to be an adamant form of prejudice, and a bigot usually expresses it out loud. Still, it may not be racism if the bigoted person does not (a) have the power to use the bigotry to hurt members of a group with less power or (b) is not used to support policies or affect that group's position, access or fortune in some way.

• Racism: This is the big boy and the term that is most often confused. The "ism" in the word is a clue about its real meaning: It is a system of efforts by people with power to hold another race back. If a prejudiced or bigoted person is a member of the majority race (which means white in the United States currently), they have the power to affect another full race for generations. The tricky part is that some people allow prejudice or bigotry that they may not recognize as such to prompt them to vote or act in ways that contribute to racism. Or they just do not know that a certain action has a racist outcome. Most tragically, they are not clear that lack of action to right historic wrongs can prolong or increase racism and its outcomes.

"And we need a vocabulary that embraces America's present and past on this race issue. And we need to know when we're making distinctions, and then we need to fess up to the fact that ... if we don't do something fairly dramatic, the future is going to be like the past for too many people."—President Bill Clinton

The 3 Levels of Prejudice

"Discrimination is the unequal treatment of individuals or groups on the basis of some, usually categorical, attribute, such as race, ethnicity, gender, religion, sexual orientation, age or social class membership."