Putting a Toe in the Water of the Race Conversation | Jackson Free Press | Jackson, MS 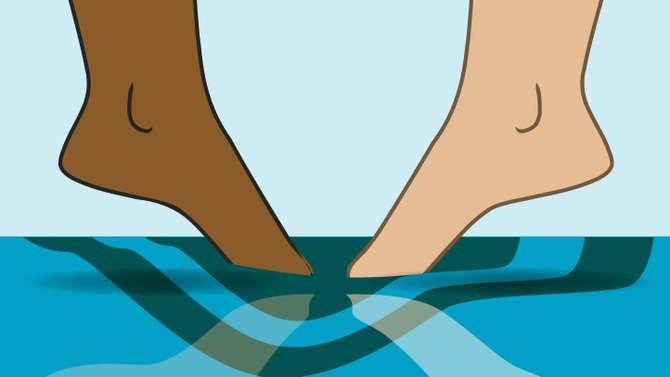 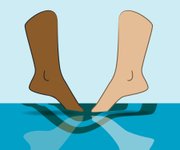 Here are common statements people make about race. Where do you fall? What do you think?

• I'm for equality, but people have to take responsibility for their own lives. You can't blame everything on racism.

• It's not racism at all: It's just fear of crime. I think people are afraid. I know I am. Does that make me a racist?

• Native people are an afterthought in the dialogue on race in this country. It's as if everybody has decided we just don't matter. Well, we do matter.

• Colorblindness is not the answer; it just means you can't deal with my race so you want to blot it out and say I am exactly like you.

• When people look at me, they assume I don't speak English, but my family has lived in Texas for five generations. In fact, I don't speak Spanish.

• I'm not entirely comfortable about being here, but if I'm not willing to be here nothing is going to change.

• We need to realize that people within each race are individuals who don't necessarily share the same views or interests.

The top two things that emerged as we researched how people talk about race are:

We have to keep talking about it--at least until blatant disparities and myths are eliminated.

Racism is really hard to talk about, especially in bi- and multi-racial groups.

So how do you start? How do you engage without offending? Here are a few tips:

• Understand your motives. Are you in the conversation to learn or win? Are you trying to convince or persuade someone else that you're right and he or she is wrong? If winning is your goal, you're looking for a debate--or an argument. Stop, and rethink.

• Be respectful; avoid criticizing or accusing. Everyone has different experiences--your point of view doesn't have more validity just because it's yours. Coming out of the gate with, "You are so racist!" probably won't do much for the conversation.

• Tell your story. Keep the conversation on a personal level instead of a statistical or theoretical one. When did you first realize other races exist? Have you been a victim of racism?   Do people of another race assume you're a racist because you're white?  • Learn the history and its effects. Most school children--regardless of race--are taught the dominant model of history, i.e., a Euro-centric white version. Columbus discovered America; Native Americans were all savages; the Civil War wasn't about slavery. Don't believe it just because you've always thought it was true. Learn to questions.

• Avoid the blame game. Focus on results instead. What's the context of your conversation? What do you want to achieve? At some point, you may need to find out what isn't working to fix it, but that's different from dumping on one person (or group) and laying blame. Try harder than that.

• Develop the skill of "deep" listening. Deep listening requires, first, that you stop talking. Listen without looking for an opportunity to inject what you want to say next. Actually hear the words, see the gestures, feel the pain of another. When you can listen like that, you create a "safe space" for others to speak their truth. You may find that you'll discover your own truth there, too.

• Be willing to be uncomfortable out on the skinny branches of your personal tree of knowledge--all that stuff you already know. You might say the wrong thing. You might not be the smartest person in the room. You might feel silly or embarrassed or mortified. You might have to learn to apologize, but it'll feel great when you do.