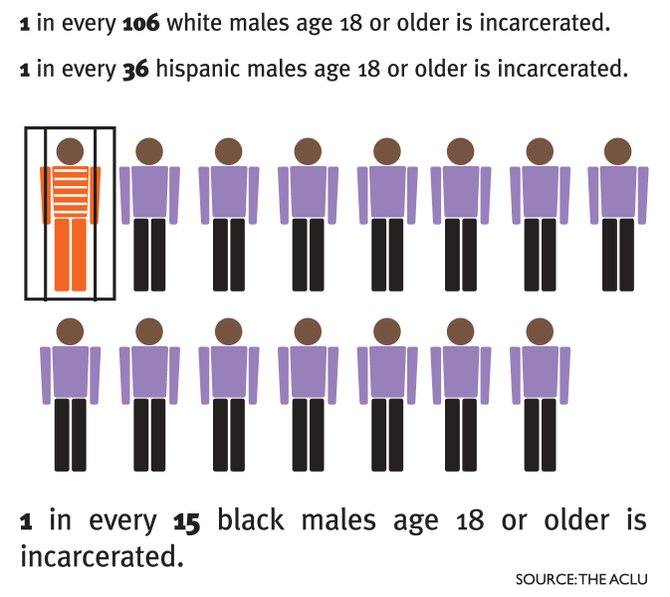 Photo by SOURCE: The ACLU 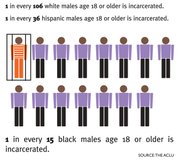 People of color constitute 60 percent of our prison population while remaining a distinct minority of the general population.

Of the 2.3 million incarcerated people in the United States, black men make up more than 1 million people in jail. Black men are jailed six times more frequently than white men. One in four black males will be incarcerated in his lifetime.

In an American Civil Liberties Union study released June 3, researchers found "staggering racial bias" in its report "The War on Marijuana in Black and White." Among its findings, marijuana use is roughly equal among blacks and whites, yet blacks are 3.73 times as likely to be arrested for marijuana possession.

The difference in who goes to prison for cocaine also illustrates the inequity. When Congress enacted mandatory sentencing for cocaine, it decided that crack is distinct from powder (favored by more upper-crust--white-- users). The five-year mandatory sentence for powder cocaine is 500 grams, but only 5 grams for crack. That means a dealer could sell 100 times more powder before going to prison.

There are more black people under correctional control today_in prison or jail, on probation or parole—than were enslaved in 1850, a decade before the Civil War began.