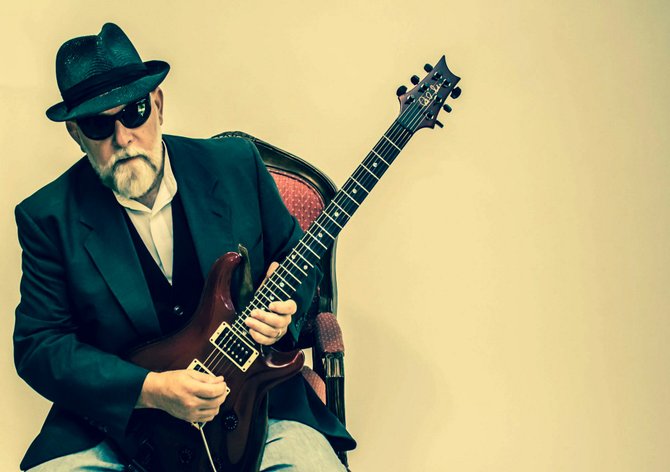 If you have been a patron at 90 percent of the bars and restaurants in the area, chances are very high that you have had the fortunate opportunity to see Mississippi-implanted guitar virtuoso Doug Frank perform. He has a signature gray beard and face-melting guitar riffs, and I've heard many people in the crowds, after watching Frank perform, ask, "Who the hell is that guy, and where did he come from?"

Frank grew up in a small town in North Carolina and started playing music at age 9. After playing throughout his home state as a teenager, he decided he needed to be playing elsewhere, too. At 17, Frank got a job as a guitarist for Reflections Sound Studios in Charlotte, N.C., and began performing with the original Rock 'n' Roll Revival tours.

Frank found himself in Mississippi through a career change. "I left music for a while to start a family and look for a real job," Frank says. He worked in the telecommunications industry after leaving his full-time music career in the mid-'70s to early '80s, which led him here to Mississippi, where he worked at WorldCom and Time Warner.

With WorldCom collapsing, Frank's interest in music began to quietly regain his attention. "I put my guitar down and didn't pick it up for years," he says. "Then, in 2008, I quit my job and started back up in the music business."

Since he began playing again, Frank has performed with many bands in the Jackson area such as The Fearless Four. He also performs solo on occasion or with his band, Doug Frank and Triple Threat. With Frank on guitar, Big Will Devine on drums and Michael "Mo" Morales on bass, this trio of musical troubadours lives up to their triple-threat title. The trio is working on its first album.

Not only does Doug Frank give great advice about music, especially about learning to play the guitar (make a connection with the guitar, and don't rush trying to learn how to play), he feels that Jackson's music scene is making positive progression. "Jackson has some really amazing talent here," he says.

For info on where Doug Frank will perform, check the JFP music listings. Find him on Facebook and YouTube at Doug Frank Music.