Zappa Is As Zappa Does | Jackson Free Press | Jackson, MS

Zappa Is As Zappa Does 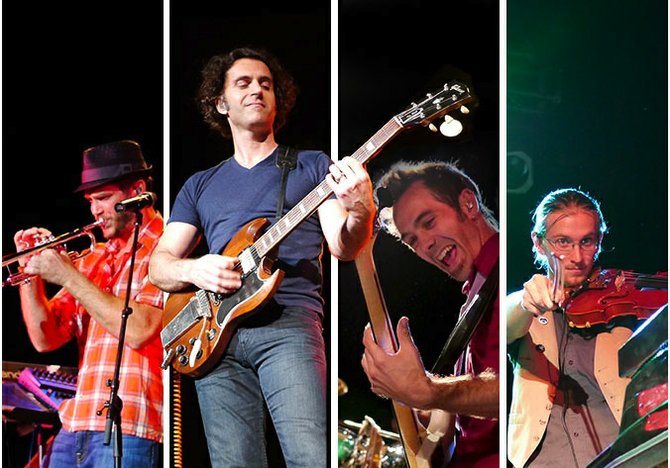 Frank Vincent Zappa was a musical prodigy and iconoclast whose prolific career ended too soon. Over the course of his 30-year career, the self-taught musician and composer wrote and performed rock, jazz, blues and orchestral music. He recorded and produced, made films, and was an outspoken advocate for voting and voters' rights.

Since Zappa's death in 1993, his family has kept the torch of his genius burning. In a long-running concert series called "Zappa Plays Zappa," his eldest son and virtuoso guitarist, Dweezil, tours the U.S. and Europe, performing the music his father is best known for, along with a few surprises from the Zappa Vault to keep devoted fans engaged and new inductees on their toes. The band's current lineup includes bassist Kurt Morgan, keyboardist Chris Norton, vocalist Ben Thomas, drummer Joe Travers and Sheila Gonzalez, who plays saxophone, flute and keyboard.

At 43, Dweezil has already had an inspiring career. He grew up hearing his father's music and whatever Frank was listening to--anything from Delta blues to modern composers such as Igor Stravinsky and Dmitri Shostakovich.

"I always liked my dad's music and guitar-playing, but I knew there was something really sophisticated about it," Dweezil says. "I knew you'd have to know what you are doing to play like him."

When he started to listen to other music, guitarists, and rock legends such as Jimmy Page, Randy Rhoads and Brian May, the young, undaunted son of Frank Zappa decided to pick up the guitar himself. With a little coaching from his dad and guitarist Steve Vai, the ambitious 12-year-old put himself to the task of learning some chops of his own.

"I would listen and try to find the notes on the guitar and pick them out by ear," Dweezil says. "Steve showed me a few rudimentary things like how to hold a guitar pick and a few chords."

Nine months later, Dweezil was in a recording studio, making his first record--a single called "My Mother is a Space Cadet." His sister, Moon Unit, joined him on vocals. At his father's request, Eddie Van Halen produced the song.

"I put a lot of time into diligent practice, playing 13 to 14 hours a day," Dweezil says. "In nine months, I learned a fair amount of technical ability. I wasn't a well-rounded player at that point," he continues, "but it was a crazy trip to go from knowing very little to having a song produced by one of your guitar heroes."

Becoming the well-rounded musician he is today has been the outcome of 30 years of diligence, a deep interest in music and guitar, not to mention a good dose of musical DNA. The biggest challenge on the road to becoming the guitar-meister who fronts Zappa Plays Zappa, was sitting down and finally learning his dad's music.

"I actually had to abandon everything I knew up to that point and start over," Zappa says. "Learning all new techniques--it was like getting a lobotomy then training for the Olympics."

It took three years of intense study and practice to learn Frank's music and technique. During that time, Dweezil retooled his entire approach to guitar, learning hybrid-picking--using the extra fingers on his right hand--to play parts written for other instruments, like keyboards or marimba, on the guitar.

"There's a misconception that Frank's music is a kind of novelty or comedic music with silly lyrics." Dweezil says. "He recorded over 80 albums in his lifetime, and a lot of it was serious instrumental music."

Case in point: Zappa Plays Zappa recently added a new piece to its repertoire, a whimsical but rhythmically complex and textured instrumental called "Strictly Genteel." Just listening to the song, looking at the score and figuring out who would play which parts took the band  about 15 hours.

"With a six-piece band, there's a lot of multi-tasking. On 'Strictly Genteel,' Sheila (Gonzalez) plays sax and keyboards at the same time," Dweezil says. "We call the band's current line-up, 'the rocking teenage combo.' ... To me, they're the best."