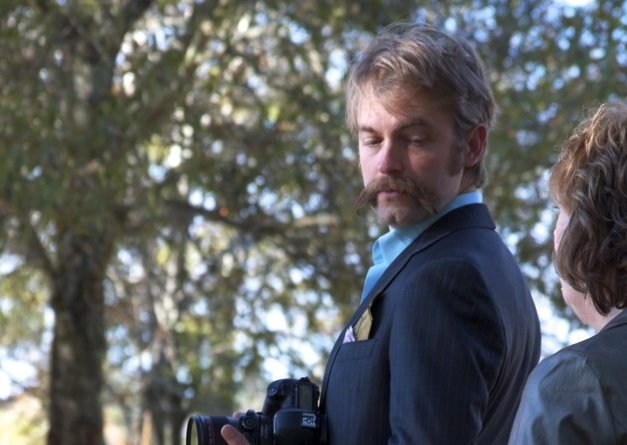 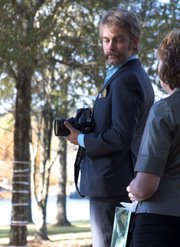 Josh Hailey’s latest endeavor is a search for songs about each of the 50 states.

Jackson has been bountifully blessed with amazing and talented people. One of those remarkable Jacksonians is the quirky, eccentrically funny Josh Hailey. Jackson wouldn't be the same without Josh (I'm sure you have seen him at the St. Paddy's Parade and other events in body paint or other colorful costumes.)

Not only is he an awesome artist and photographer (joshhaileystudio.com), he is one of the baddest piano players I've ever heard, performing with the musical Fox brothers in their Tom Petty tribute band. He also regularly places as one of the best karaoke hosts in the annual Best of Jackson and performs with local band J-TRAN with friend and partner-in-crime Tre Pepper.

About a year or so ago, Hailey took a hiatus from Jackson, and decided to travel the United States, taking pictures and videos for a project called Photamerica. During his travels, Hailey often asked the locals about bands he should check out and hear while in the area.

When Hailey arrived back in Jackson and began working on videos with the material from his nationwide photo shoot, his newest adventure came to fruition.

With help from former Jacksonian and Bachelorettes band member, Amanda Rainey, Hailey decided to find bands from all 50 states to submit a song about their state, make videos for the bands, and showcase the songs to the public. Their project is State Your Song.

Rainey and Hailey will choose one song for each state from a pool of submissions (from the upcoming website  stateyoursong.com). Then the duo will create a video for each song free to the bands.

Hailey and Rainey will post all the submitted songs online, thus bridging the gap between musicians, artists, bands, and singers/songwriters from the United States. Hailey says he's doing State Your Song to reach out to all the musicians who are looking to connect with other musicians, to create another outlet for them. Hailey is not charging a dime for the music videos he will make, insisting that it's just as much fun for him to shoot and enjoy new music from the U.S., and to meet new people.

If your band is interested in having your song about Mississippi featured in State Your Song, contact Josh Hailey via his website, joshhaileystudio.com or email him at [email protected] if you have further questions. Keep an eye out for the State Your Song website to launch this summer as well.

The deadline for State Your Song will be September 1, so please spread the word to other bands you know as well as your friends' bands in other parts of the country.