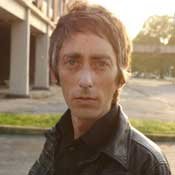 John Paul Keith is not what you'd expect in a Memphis musician. Originally from east Tennessee, the Memphis-based guitarist and singer's music brings together a bunch of roots music styles, including '50s rave-up and honky-tonk. It's a twangier sound more often associated with Nashville.

Keith had planned to quit playing when he moved to Memphis in 2005, but the city's supportive music scene energized him, and he was soon playing more than he ever had before.

"In Memphis, you're not looked at weird if you're a musician," he says. "Memphis people love music, and they don't care what kind it is, as long as it's good."

Keith grew up outside of Knoxville, Tenn., where he was exposed primarily to country and church music. When he was 10, he got interested in the guitar. "My dad told me, 'If you want to play guitar, you need to hear Chuck Berry and B.B. King'," he says. His father bought him cassette tapes of these legends, which served as Keith's musical foundation.

When he was a high-school senior, Keith started writing his own songs and performing at local clubs. He met Scott Miller and Jeff Bills, with whom he formed the Viceroys, a group that brought rootsy country together with a rock edge. Although his band mates were in their mid- to late-20s, and Keith was 19, he wasn't an underling in the group.

"They pretty much treated me as an equal," he says. "I was expected to write songs as good as Scott."

The band quickly gained a following and got a record deal, but Keith left before it released the first album. He moved to Nashville and began a series of ups and downs in the music business. These included recording an album that the label never released, playing with Ryan Adams, and moving to New York City and later Birmingham, Ala., to start new groups.

By 2005, he'd had enough. "I was sick of making a fool of myself, trying to be successful at this," Keith says. "And by successful, I mean just having a record ten people had heard of."

His sister Jennie was living in Memphis and convinced him to move there. Keith had no intention of playing music, but a friend called, inviting him to sit in with a band performing on Beale Street in Memphis. Needing money, he did the gig. While he originally looked down on this type of performing, he quickly changed his mind.

"I realized I wasn't as good as I thought as I was," Keith says. Playing for tourists on Beale, "I got a taste of playing music purely for entertainment, including for people who want to dance. It makes you realize everybody wants to be entertained."

Keith took the lessons he learned on Beale Street into a new group. He began playing with bassist Mark Stuart and drummer John Argroves, both veterans of the Memphis music scene. Rather than spending months rehearsing, Keith started things off by booking a gig at a corner bar. The trio had one quick rehearsal, and then played for two hours at the club. He found this informal approach exhilarating.

"I could just call out a tune and the key, and they either knew it, and if they didn't, they could wing it," he says. "And we did our whole first gig like that."

The band, dubbed the One Four Fives, quickly built up a following in Memphis, playing shows that featured a wide range of roots music. Keith gradually worked originals into the set, which the group recorded for its first album, "Spills and Thrills," in 2009.

Keith is touring to promote his just-released second album, "The Man that Time Forgot." Recorded in Water Valley, Miss., the album showcases Keith's expanding palette as a songwriter. In addition to catchy rave-ups that he's become known for, the guitarist also includes songs that show the influences of Memphis soul and organ trio jazz.

In addition to touring steadily, Keith and his band also play private parties around Memphis. The band is able to connect with many different types of audiences, and Keith still makes use of musical "tools" he acquired when he first started playing.

"Chuck Berry songs are like a Swiss Army knife; they'll get you out of whatever jam you're in," he says. "I don't think there's anybody who doesn't like Chuck Berry, even people who don't listen to him. If you play a Chuck Berry song in a bar, you might win them over."