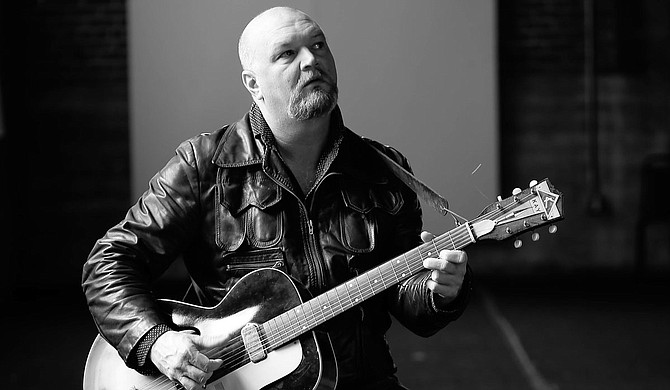 Oxford, Miss., singer and guitarist Tyler Keith is best known to Jackson audiences for leading straightforward, rowdy rock-n-roll bands, including The Preacher's Kids and his current group, Tyler Keith and the Apostles. Now he is revealing an additional side of his musical identity through "Alias: Kid Twist," his first solo record, which hit digital retailers March 6.

His previous releases have contained roots elements, but for this all-acoustic solo record, Keith put his own stamp on traditional forms, including country, gospel and blues. While some veteran rockers experiment with folk music as a way to gain authenticity, Keith says these songs connect back to his earliest musical experiences while growing up in the Florida panhandle.

"I grew up on folk music," he says. "My dad played bluegrass ... and I learned guitar playing (in that style). It was a good way to learn music because there's simplicity to it. There are no drums, so you have to learn to keep steady rhythm."

While it is his first time recording without a band, Keith has been playing solo acoustic shows in Oxford for more than a decade. He started booking unaccompanied shows as a way to make money between his bands' tours, performing under the name "Kid Twist" to distinguish them from his band work. These performances reconnected him with the acoustic guitar, and he began writing songs with a more folk or country sound.

More recently, Keith has closely listened to records from early '60s folk artists, including Dave Van Ronk and Patrick Sky. He had the simple but direct sound of these albums in mind when he went into Oxford's Tweed Recording Studio to create "Alias: Kid Twist" last September.

"We basically recorded it in one day," Keith says. "I said, 'Let's set up the mics the way they did it back then, the way Bob Dylan recorded 'Freewheelin',' and let's just see what happens.'"

"Alias Kid Twist" includes only Keith's original songs, but their themes connect back to traditional music. Many tell stories of distinctive southern characters, such as small-town misfits, doomed outlaws and a preacher who drinks strychnine. As with some '60s folk and blues records, a few songs feature some rough-and-ready piano-playing, a skill Keith picked up as a child.

"When I was growing up, my dad could play one song (on piano), 'What'd I Say" by Ray Charles. Eventually he taught me how to play it," Keith says.

"Over the years, I've sort of used that song to inch my way into some bad Jerry Lee Lewis boogie-piano style. I'm not very versatile at the moment, but it gives me a different palette to write from, other than just the acoustic guitar."

Keith says the record is also a calling card to use in booking road work as a solo act. After touring with bands for decades, he's heading out on his own this spring, playing a run of solo shows across the South. "I love the troubadour idea of just having your guitar and taking off on your own," he says.

The solo shows also have a practical appeal for the longtime music veteran.

"From the number of years I've spent traveling with a band, it's become virtually unaffordable to travel with one. I wanted to have the freedom to take off on my own and play shows by myself," he says. "Plus, a hundred bucks splits up a lot better one way than between four dudes."