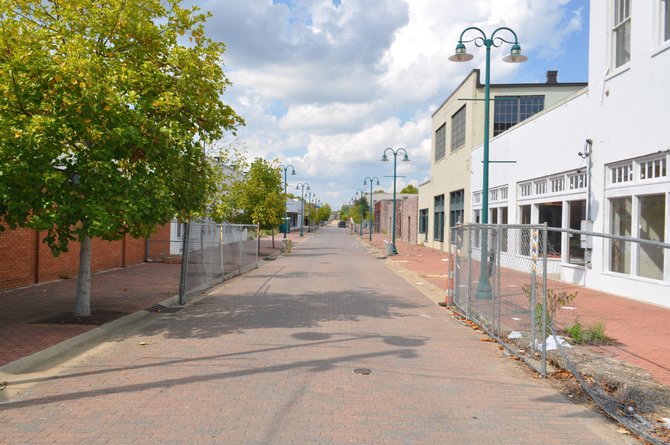 Despite developers' predictions of having a club open by the end of the year, Farish Street looks much like it did at the start of 2012. Photo by Trip Burns.