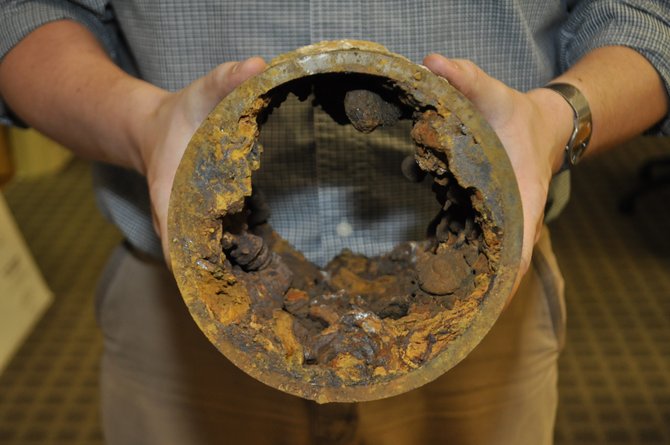 This corroded pipe, which was dug up from under West Street, is made of cast iron, and doesn’t have a protective lining like newer ductile iron pipes do. Photo by Trip Burns.