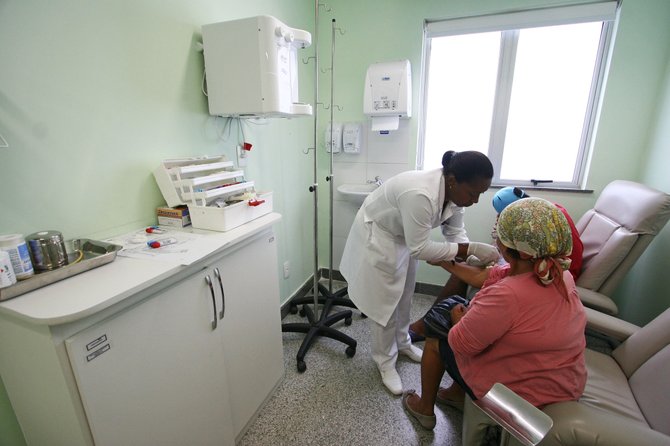 Even with the intense debate that has taken place over the last year or so, the conversation over Medicaid expansion in Mississippi has remained somewhat abstract, focusing on the costs and benefits to the state and to the health-care industry in broad terms. A new report from one group promoting Medicaid expansion goes a step further and looks at Medicaid expansion's effects on regions and local communities.

The report, authored by David Becker and Michael Morrisey, both researchers at the University of Alabama at Birmingham, affirms previous studies showing millions of dollars in additional economic activity would come from adding more people to the state-run insurance program for the poor.

Their analysis shows that Mississippi taxpayers would spend $579 million between 2014 and 2020, but draw more than $1.4 billion in tax revenues as a result, and generate over $14 billion in total new economic activity. It would also create 20,000 new jobs and provide an $848 million increase in net state and local tax revenues.

Those benefits would eventually trickle down to cities and counties. Jackson would get the biggest boost, representing more than $1 billion in total economic activity over the seven-year period between 2014 and 2020; Medicaid expansion would also mean 2,712 new jobs for the capital city area, Becker and Morrissey wrote.

"When new Medicaid enrollees have access to health coverage, they will also have more disposable income to directly spend in other sectors of the economy such as grocery and retail stores and even housing," Becker said. "The billions in new federal funding would create a demand for thousands of new jobs, a healthier workforce and a stronger state economy."

Medicaid-expansion advocates, who lost a legislative fight to expand the program, believe the numbers make a solid case for lawmakers to revisit expansion in the next session.

"By refusing to expand Medicaid, our state leaders are costing our cities and counties thousands of new jobs and economic activity," Roy Mitchell, the Mississippi Health Advocacy Program's executive director, said in a news release.

In the end, someone has to actually pay for this. It isn't "free" money...

This is an example of government "priming the pump" so that the multiplier effect of Federal money works through the Mississippi economy creating jobs and economic growth. The question is do you want your tax dollars being spent in defense dollars overseas or in health care dollars here at home? We also need to cut some of those 716 military bases overseas. I see no reason at all for the Reserves and National Guard to be fighting wars while the regular Army, etc. is garrisoning these bases.

I don't know that it is even as simple as arguing Medicaid spending versus defense spending. The four largest budget items are defense, Medicaid, Medicare and Social Security (I can't remember the exact order). These items are so large that we could basically cut everything else out of the federal budget and only fund these four programs and we still wouldn't have the money to cover all 4 of them.

The truth is that if we are ever going to balance our federal government's budget (or go a step further and run surpluses that we use to pay down the national debt), then we will end up making cuts to all 4 programs. Really, none of them can continue in their current forms, despite the cries of their various special interest groups. No one in any office of power has the fortitude to actually do it because they would then subsequently get voted out of office.

SpaceMountain, the Affordable Care Act is paid for. Your 'talking point' about nothing is free is just that. Those states that refuse to expand Medicaid will end up incurring MORE costs due to the increased number of uninsured patients filling emergency rooms and those hospitals not being financially equipped to handle it. Since Phil Bryant nor the Mississippi Legislature has put forth any proposal to help insure the hundreds of thousands of uninsured working poor in Mississippi, then Mississippi will reap what it has sewn. The state and its residents will feel the effects of not accepting funds that would help so many!

Sure, it is "paid for" with increased taxes on health care providers, insurance companies and one some Americans (admittedly, upper class Americans). It isn't "free", so lets not pretend that it was or that they didn't do something (ie tax services or providers) to come up with the money to fund this idea. The truth is that these costs are going to be passed on to the average citizen by hospitals and healthcare providers, so it isn't a win by any stretch. The middle class loses regardless of which way we go.

SpaceMountain80, Social Security is already paid for and actually over the years has funded the deficits (in part) of the Federal Government for all the numerous wars and our bloated military. Did you know that our military has NEVER had an audit? That their financial controls are so outdated that they have to enter and correct them by hand month after month? That billions of dollars go missing each year? That payroll is a nightmare? Each service is buying equipment for use while equipment for use is in storage but the government is paying for the storage and cannot locate the items because of their systems? Quite frankly, between waste, fraud, duplication, and overpayment, if the government were a private company it would have been bankrupt a long time ago, or at least reformed greatly.

Where did I defend our defense spending? I simply said it wasn't as simple as paying for Medicaid or defense. We will have to make cuts to all of the major programs - Defense, Medicaid, Medicare and Social Security.