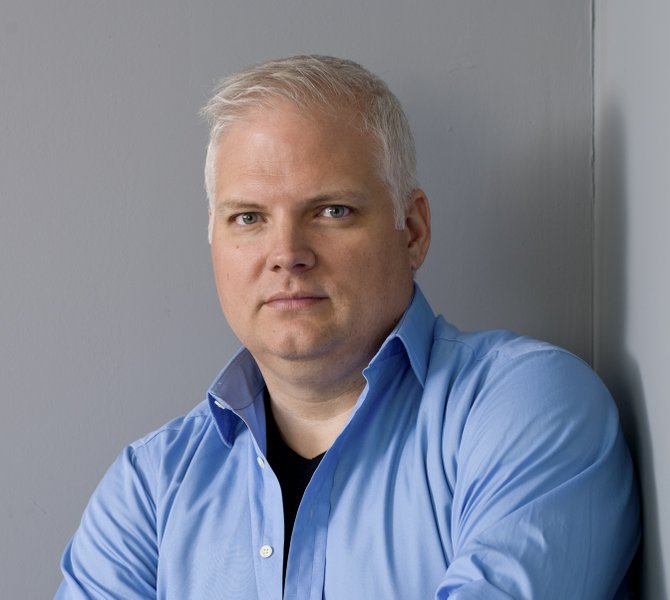 When did you begin writing poetry?

I think the first poem I can recall writing and keeping happened in graduate school. I was doing a masters in fiction writing at John Hopkins and I took a class with a wonderful poet named Natasha Sajé. We read a number of essays by poets about their process and how they saw the world. I found I had an affinity for the some of their worldviews.

I started writing these things almost as marginalia in notebooks and didn't dare show them to anybody for quite a while. One of the poems I wrote as part of that process, a very different version of it is in my new book.

What is your process as a writer?

I think people ask about process far more than writers think about process. ... One of the things that I think is dangerous about talking about process is that it gives the impression to people that there is an easier, softer way that short-circuits preparation and hard work.

We have a lot of mythology that surrounds the idea of inspiration, whether it be divine or whether it comes from some other place, but as Picasso said, "Inspiration exists, but it must find us working." And so I try to think much more in terms of that I'm always doing something to prepare to work, whether it's reading other poets, or I read a lot of narrative nonfiction about music, creativity, the arts. But mainly my process is one of preparation. My new book was written in about a six-month flurry, but I had been reading and thinking about the ideas that are in that book for probably four or five years. So you could argue that my process is either very short or very extended.

Tell me about your most recent book of poems.

It's not until you've written a large stack of poems that you see some sort of connective tissue between what you've been thinking about and how it manifests itself on paper. For me, this book was about the intersection of a couple ideas. The first was that there is an entire way of life within the American middle class that has disappeared, and I don't mean that in the political sense, but I mean literally that the collectively bargained, union job, 40-hour a week, middle-class auto worker in Detroit ... that life is gone.

Then, I was traveling two summers ago and saw an exhibition of photographs by a guy named Andrew Moore who takes pictures of the industrial decay of Detroit. And so there will be pictures of the interior boardroom at the old Packard automobile office building, which is this sort of beautiful deco, walnut-veneered, paneled boardroom that's now overgrown with moths and leaves and vines.

Those pictures to me became a big part of the unconscious layer of this book. I think the other thing I was thinking about was, we talk so rarely as a culture about ideas of atonement and regret. I think the end of that middle-class lifestyle comes with a concordant side order of regret.

Why the title, "Little Black Daydream"?

When I was a kid, there was a poster store close to my house that had a lithograph that was basically an altered photograph of the Washington, D.C., cityscape as you look across the 14th Street bridge. And it looked like any other tourist postcard with the exception that there was a mushroom cloud rising up over the center of downtown.

Probably about the same time, I took the subway to see my father in his office for lunch, and I noticed on the map of the Washington Metro system that there was a series of red concentric circles, and they weren't labeled. I asked my father, who worked for the Department of Defense, what they were, and he said they were civil-defense markers—they were the number of miles away from a theoretical ground zero in the event of a nuclear attack.

... When I took that sense of anxiety and that sense of powerful dread that I grew up with and grafted it onto this idea of the Rust Belt decay, I came up with a very strange and dreamlike landscape. So instead of visions they were dreams, and they weren't quite nightmares. So the phrase, "little black daydream," comes from a line in one of the poems. I think of that phrase itself as sort of admitting to ourselves what we really think about.

What kind of poets and writers inspire you?

Most often, the writers that appeal to me are writers who have a wholly realized worldview and aren't afraid of expressing large opinions. As a culture, we're so afraid of opinions, and we try to work towards building these sort of false concensuses, and I find that somewhat disingenuous.

In poetry, the worst thing a poet can do to me, as a reader, is not invite me in to the project, not invite me to be his or her co-conspirator. In strange ways, these ideas show up in my own work. ...

I like writers who take huge risks, even if they are unsuccessful. I'd much rather read a book that has ambition than one that plays it safe.