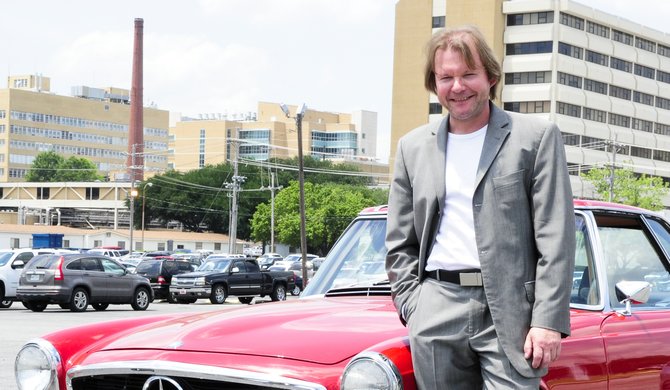 Growing up solving riddles and puzzles set Dr. Christian Koch on a path to medicine. He loved mathematics and constantly asked "why?"

In Germany, where Koch grew up, students can decide around age 19 to go straight into law school or medical school. Although Koch's other great love is music, he decided to go to med school instead.

He enrolled at age 19 and earned a medical degree in Germany in 1991. He knew he wanted to study in the United States as well, so when he hit his mid-20s, he started looking into American medical schools. Koch had enough money for 20 applications, so he looked in a GreenBook directory and found the 10 best comprehensive and 10 best research hospitals in the United States. He sent applications to all 20.

"I came to Columbus, Ohio, with two suitcases," he says of furthering his medical studies at Ohio State University. He says he was first "drawn to the brain—my first area when I was an intern was neurosurgery." But he disliked the long hours of neurosurgeons and switched to endocrinology.

"My pleasure has always been the detective story again: Why do tumors develop?" he says. Koch is also a diabetologist, a title he earned by doing special training. One reason Koch likes endocrinology is because it is interconnected with so many other fields of medicine.

"Endocrinology is everywhere," he says. "So if you come to me as a woman and say, I'm developing a lot of hair growth—so Sally becomes Harry. I (discover) you have a tumor on your ovary. I send you to the OBYGN, who takes it out. ... I work with oncology, with radiology, with neurosurgery, with general medicine and sleep medicine."

After working in the U.S. for a few years, Koch returned to practice in Germany. But, at 40 years old, wanting to feel challenged, he decided to return to the U.S. He joined the University of Mississippi Medical School as the director of endocrinology. Last year, UMMC gave Koch tenure.

Koch, now 49, finds Mississippi a fulfilling place to pursue medicine. "We desperately need primary-care doctors, especially in rural Mississippi," he says. "We, as endocrinologists, cannot see every single obese or diabetic patient in the state. Primary care is the first defense. If primary care can take care of it, they should. So they have to be trained. But we are the next line of defense."

He even married a Mississippi girl named Lisa in October 2011. In his spare time, Koch reviews journals, and enjoys movies, classic cars and frequenting restaurants. He also makes time to be active outdoors. He laughs at how, when he first arrived in Jackson, people would point out that he must not be native, even before he spoke. When he asked how they knew, they'd say, "Because you are running!"