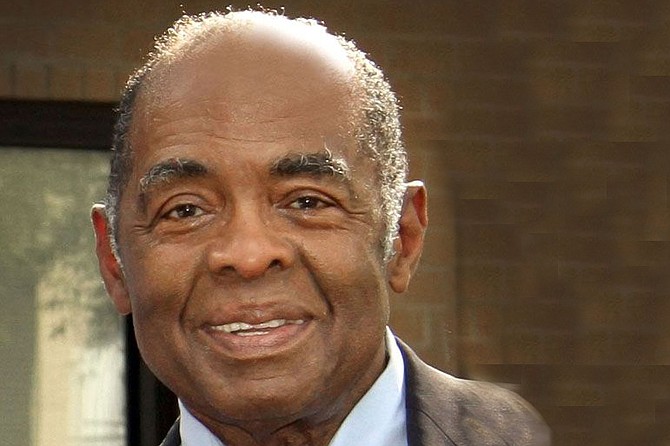 The American Medical Association presented civil-rights veteran Dr. Robert Smith its Medal of Valor Award at the annual meeting in Honolulu on Saturday, Nov. 13. Smith has been president and chief executive officer at Central Mississippi Health Services, originally Mississippi Family Health Center, since its founding in 1963. He is also the co-founder of the Mississippi Primary Health Care Association.

"The American Medical Association said they were giving me the award for placing myself repeatedly in harm's way for the sake of health care," Smith told the Jackson Free Press. "I came into the Civil Rights Movement in Mississippi in 1962, and the American health movement has changed since then. ... I accepted the award on behalf of my colleagues like Medgar Evers, Martin Luther King (Jr.) and others who fell along the way. Many veterans of the Civil Rights Movement, with bloody and calloused hands and feet, deserve such honors."

Following Freedom Summer in 1964, Smith, along with several other colleagues including Count Gibson and Jack Geiger, proposed federally funded community health centers, which the U.S. government approved and began building in 1965.

Smith, a Jackson native, received a bachelor's degree in chemistry from Tougaloo College in 1957 and his medical degree from the Howard University School of Medicine in Washington, D.C., in 1961. He completed his clinical training at the West Side Medical Clinic of Cook County Hospital in Chicago.

After returning to Jackson in 1962, Smith became the first volunteer southern medical field director for the Medical Committee for Human Rights, which served as the medical arm of the Mississippi Civil Rights Movement. He also pioneered the concept of comprehensive community health centers nationally. Mississippi has at least 22, and there are more than 1,000 nationwide.

"I wanted to become a physician from grade school, even though I had many teachers who advised me not to because the country was training so few black doctors back then," Smith said. "During the Civil Rights Era, education often went backwards in Mississippi rather than forwards. Since 1965, I've seen the number of medical students increase in most medical schools, but unfortunately, I have not seen a lot of black students be able to take advantage of those increased capacities. Mississippi is also still 49th or 50th in every major health (measurements) but immunizations and telehealth, so we still have a long way to go to achieve better population health for both white and black people."