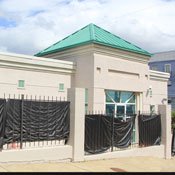 The state's only abortion clinic may close soon under a bill poised to become law after both houses of the Legislature approved it last week.

Last week, the Senate passed HB 1390 to put more restrictions on doctors who perform abortions in abortion clinics. Supporters of the bill, including Lt. Gov. Tate Reeves, have said it will effectively close the clinic and end abortion in the state.

"We are very close to ending abortion in the state of Mississippi," Reeves said in an email to supporters last week. "I am 100 percent pro-life, and I am focused on passing House Bill 1390 that would effectively end abortion in our state."

The bill now goes to Gov. Phil Bryant, who was co-chairman of the state effort to pass the Personhood Initiative while he was running for governor last fall. Bryant has said he wants Mississippi to be abortion free.

HB 1390 would require all physicians associated with abortion facilities to have admitting privileges at a local hospital. The bill would also require those physicians to be board certified in obstetrics and gynecology, and a staff member trained in CPR would have to be at the facility at all times.

Shannon Brewer is the director of the Jackson Women's Health Organization, the beleaguered clinic in Fondren. She said that in the past, local hospitals would not give the clinic's doctors admitting privileges.

"I personally feel like it's just because we do abortions," she told the Jackson Free Press in March.

State law requires physicians to file a written report with the Mississippi Department of Health each time a patient receives treatment or dies due to complications from an abortion. From 2006 to 2010, physicians treated 11 patients for conditions resulting from abortions. No deaths were reported. During that same five-year period, 13,388 abortions were performed in Mississippi.

The reports do not differentiate between abortions done to protect the woman's health and elective abortions.

Diane Derzis owns the Jackson Women's Health Organization, Mississippi's only remaining abortion clinic. She told Mississippi Public Broadcasting last week that she plans to challenge the bill if it becomes law, but she could not be reached for comment for this article. She also owns clinics in Birmingham and elsewhere in the southeast.

Another bill designed to end abortion, HB 1196 or the "heartbeat bill," died in committee, but Rep. Andy Gipson, R-Braxton, successfully added similar language onto a bill to revise jail terms for child homicide. That bill, SB 2771, would allow people to be sent to prison for up to 30 years if convicted of intentional manslaughter of a child under 18 years old.

No comments on this story of Republican lawmakers using large amounts of taxpayer money and time to pass laws targeted at imposing burdensome regulation on a single private business in order to force it to close? Wow. No story about Phil Bryant stating "Well they're just absolutely wrong," says Governor Bryant. "I was very active in that initiative and referendum. I don't really-- I'm not really concerned what they think, because their thinking is wrong." Nothing about how they are not even trying to hide, in fact boasting about how this is an effort to close one legal business in the state? I blogged about it, but I am not a great journalist... This needs more attention in the media - the meaning behind it and the corrupt methods they are using.