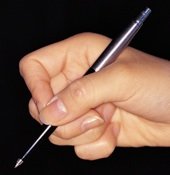 Personhood Mississippi delivered a petition to put the issue of when life begins to voters.

Personhood Mississippi, an anti-abortion organization led by Les Riley of Pontotoc, has filed a petition with the secretary of state's office to put the issue of when life begins on a ballot for voters to decide, reports WXVT. The organization's position is that life begins at fertilization.

The goal of the initiative, according to the story, is to extend rights to fetuses and stop all abortions in Mississippi, but several other groups are working in other states, including Colorado, Florida, Montana and Nevada. The petition contains 105,167 certified signatures, exceeding the minimum required by more than 15,000.

Wouldn't it be great if these sperm and ovary chasers would focus on the children who are here already: Those who are in need of food, clothing and adequate shelter. These are the children who have been terminated and aborted in their struggle to live a decent life? I'm with you Baquan2000: "Let's get these kids some books and......"

If this passes, will every woman who miscarries be subject to a criminal investigation? Will a pregnant woman who receives a moving traffic violation also be charged with child endangerment? Will all women be subjected to a pregnancy test upon receiving a traffic violation to ensure they have not endangered an unborn child? Will women be routinely tested for pregnancy if they are seen smoking or drinking in public as such actions could affect an unborn child? We won't know if they are pregnant unless we check. Will insurance companies and health care providers be investigated in the event of a miscarry? Will employers be required to test all female applicants of child bearing age for pregnancy prior to hiring them? Who is liable if a woman is injured on the job, and the child is affected?

While Mississippi Personhood Amendment sponsor Les Riley calls this amendment a mission from God; I call it willful endangerment of Mississippi women and families. Enacting a law that states life begins at the moment of egg fertilization renders several methods of contraception (such as the modern IUDs) illegal. Oral contraceptives would also face controversy, as many fetal personhood advocates claim that birth control pills are abortifacients despite bountiful medical evidence proving otherwise. Take note: a Fetal Personhood Initiative doesn't merely affect women with unplanned pregnancies. These sorts of bills significantly curtail the rights of all pregnant women and families in myriad circumstances. Many women on both sides of the abortion debate are passionate about their ability to make medical decisions regarding their child/bodies at any stage of pregnancy. Sarah Palin's last pregnancy is indicative of this: she continued with state affairs after her water broke, and waited 11 hours (some of that on an airplane flight back to Alaska) to seek medical care. Sadly, women (without a governorship) have lost the right to make decisions about their children and methods of childbirth for far more pedestrian behavior. If a Personhood initiative passes in Mississippi, the will of the courts will trump a pregnant woman's wishes should her doctors or family disagree with her judgment. This is not merely a matter of protecting the legality of abortion. It's a matter of every woman's right to plan her family as she sees fit, give birth under her own terms, preserve the integrity of her body (or even her life), and--above all--retain her moral agency.

My God! Don't let the fetuses have any Sudafed either! The womb could be used as a meth lab!