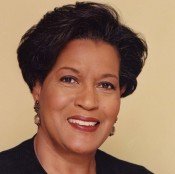 Vicksburg native Evers-Williams worked side-by-side with her former husband during the 1950s and early '60s. Medgar Evers was named Mississippi field director for the NAACP in 1954, and, while under constant threat of violence, the couple organized voter-registration drives and worked toward desegregation in the state. On June 12, 1963, Byron De La Beckwith assassinated Medgar Evers in his Jackson driveway. Two all-white, all-male juries failed to convict De La Beckwith the following year even though his fingerprints were on the murder weapon, found across the street from the Evers home. Both trials ended with deadlocked juries.

Throughout the next 30 years, Evers-Williams put pressure on Mississippi to reopen the case and retry her husband's assassin. Finally, in 1994, a jury found De La Beckwith guilty. He received a life sentence and died in prison in 2001.

Subsequent to her husband's death, Evers-Williams received a sociology degree from Pomona College in Claremont, Calif. in 1968. She married civil-rights activist Walter Williams in 1975; their marriage ended with his death in 1995.

In 1970, Evers-Williams unsuccessfully ran for a U.S. Congressional seat. Among her professional posts, she was the first African American woman appointed as commissioner to the Los Angeles Board of Public Works In 1987. She is the author of two books: "For Us, the Living" (1967) and "Watch Me Fly: What I Learned On the Way to Becoming the Woman I Was Meant to Be" (1999), and co-author of "The Autobiography of Medgar Evers: A Hero's Life and Legacy Revealed Through His Writings, Letters and Speeches." The NAACP credits Evers-Williams for spearheading the operations that restored the association to its original status as the premier civil rights organization.

Evers-Williams said that she "greets today and the future with open arms" in the best selling "I Dream A World: Black Women Who Changed America."

My first political science prof at Mississippi State, Dr. Steve Shaffer, had us read "For Us, The Living" (along with Marx, Rush Limbaugh, John Locke, and Plato!). I was 18, new to Mississippi, and had never heard of Medgar or Myrlie Evers before. The book radically changed my life. Thank you, Ms. Evers-Williams, and congratulations!