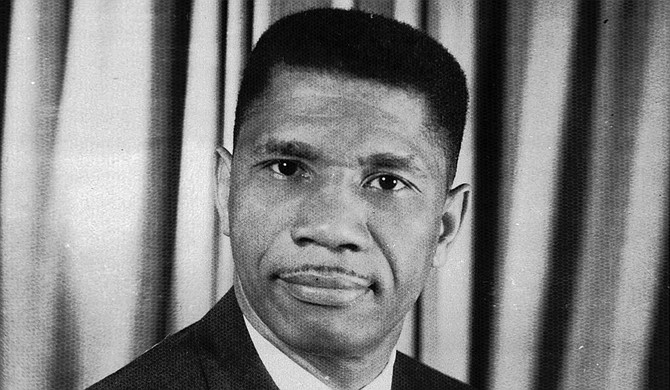 JACKSON, Miss. (AP) — Interior Secretary Ryan Zinke has added the Mississippi home of Medgar and Myrlie Evers to the African-American Civil Rights Network, which was created by federal law this year.

Interior Secretary Ryan Zinke has added the Mississippi home of Medgar and Myrlie Evers (pictured) to the African-American Civil Rights Network, which was created by federal law this year.

Medgar Evers was the Mississippi NAACP's first field secretary beginning in 1954, and led voter registration drives and boycotts to push for racial equality. NAACP named Evers to the position for his efforts to desegregate the University of Mississippi Law School. He attempted to enroll at the university after the Supreme Court Brown v. Board of Education decision in 1954, but the university denied him.

Ku Klux Klan member Byron De La Beckwith assassinated Evers in the driveway of his ranch-style home in Jackson on June 12, 1963, in front of his wife, Myrlie Evers-Williams, and the couple's three children. Evers-Williams fought to bring Beckwith to justice after the murder, and a jury convicted Beckwith of the murder 31 years later in 1994, after two unsuccessful trials.

Evers-Williams, who is still alive, served as national NAACP chairwoman from 1995 to 1998. She also founded the Medgar & Myrlie Evers Institute in Jackson, which is dedicated to promoting integrity, dignity, self-determination, and social and economic justice.

The National Park Service unveiled a bronze plaque in May showing the Evers' home is a national historic landmark. The Interior Department approved the landmark designation in 2016 and announced it in 2017.

The department is now taking public comments on making the home a national monument.

The Jackson Free Press contributed additional reporting to this story.