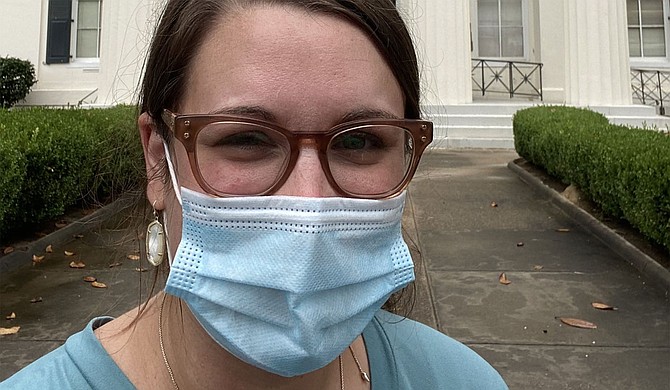 Jackson's water problem hinders the influx of businesses, Department of Planning and Development Director Jordan Hillman said in a virtual forum Friday where City of Jackson officials explained the water-sewer system challenges and the solutions in the wake of the February winter storm that crippled the city's water supply system. The Greater Jackson Chamber Partnership organized the event.

Hillman explained the impact of the winter storm on the city's water system, not just on households but also on the business community, highlighting the need for speedy resolution.

"I think we've had a lot of conversation in the past couple of weeks about its impact on people and their ability to live, bathe, cook, take care of children, et cetera, but we haven't had a lot of focus on the actual impact on business," the director said. "If you operate dialysis, health care, any sort of business that's water critical, we're often creating a situation that frustrates those businesses, and being able to deliver consistent water is extremely important for when those types of places are looking at site locations in your city."

"Some have worked around it through installing their own systems, some have contingency plans, but as I do work with larger format recruitments, that is one of the things that is really important for us to be able to answer is—can we sufficiently deliver that water when they're simultaneously seeing annual to biannual interruptions and hearing from their neighbors."

Greater Jackson Chamber Partnership Chairman Jeff Good said that 240 people logged into the meeting at its peak. Mayor Chokwe A. Lumumba said the people should connect with decision-makers to facilitate funding to rectify the water-sewer system's age and structural problems.

"While I would certainly enjoy Jackson being on national news for much more positive matters, it still is an opportunity to mount pressure, to make sure that all vested and responsible parties come to the table and say, look, let's work to figure this out," Lumumba said.

"While we've had these plans, while we've had peer reviews, what we haven't had is the finances or the revenue to implement what the plans have revealed," he added.

‘Coalition of the Willing’

The mayor explained that the federal-assistance bill that U.S. Sen. Cindy Hyde-Smith is proposing is a step in the right direction.

"We're grateful for that," Lumumba said. "We are going to operate with a coalition of the willing in order to support our infrastructure issues."

Lumumba defended his estimation that solving the city's infrastructure problem comes with a $2-billion price tag, saying the actual number is more than that. The U.S. Environmental Protection Agency estimates that it would take $1 billion to fix the sewage system, the mayor said, and mentioned additional needs relating to the water system, roads, bridges, stormwater and flooding issues.

"I talked about Jackson having a comprehensive $2-billion problem," he said. "I didn't say that our water system costs $2 billion, and honestly, that estimate is probably a more conservative estimate."

"We have a really aged system that the city's annual budget, the revenue that the city brings in, is insufficient to meet that need."

The mayor said that the city's water system could not withstand harsh winter weather based on its construction and that it cannot be left alone to deal with the challenge because of its tax contribution to the state and the impact on businesses.

"It's not as important as who created the problem and who was responsible for fixing it. Now we have to fix the issue," he said. "The reality is that when Jackson suffers, the state of Mississippi suffers.

"We are the economic engine; it is your businesses that suffered; your businesses pay taxes to the State of Mississippi, and yet we don't get the revenue for our water that we provide to the state,” he added. "I think when you lift your voices to speak to this issue, to the vested decision-makers, then it makes our position stronger.”