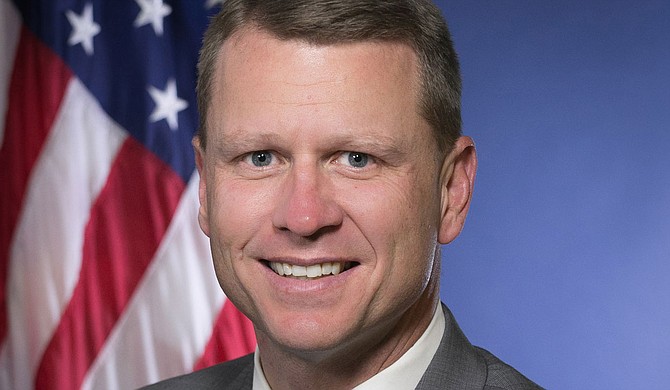 U.S. Attorney for Southern District of Mississippi Mike Hurst said that the number of murders in Jackson as of Sept. 3 already matches 2019. Photo courtesy U.S. Department of Justice

The spike in homicides in Jackson so far in 2020 is raising concern for leaders and may be on track to break the capital city’s all-time record.

U.S. Attorney for the Southern District of Mississippi Mike Hurst tweeted on Sept. 3 that Jackson is on par to have its highest murder rate in its history by the end of the year. Mayor Chokwe A. Lumumba appealed to the people the next day in a video message to help turn things around.

Hurst said that at the current rate, the city's murder rate is almost three times that of Chicago, and called on the federal government to extend "Operation Legend" to the City. Murder per population of 100,000 for Jackson is 50.48 for the year, with 18.67 for Chicago.

The policing strategy, which started July 8, is named after 4-year-old LeGend Taliferro, who was shot and killed in his sleep on June 29 in Kansas City, Mo. It involves the deployment of federal agents from the Federal Bureau of Investigation, U.S. Marshals Service, Drug Enforcement Administration, and Bureau of Alcohol, Tobacco, Firearms and Explosives to help state and local officials respond to the surge of violent crime.

Lumumba expressed his anguish for those harmed by violence at the beginning of the video recording posted on the City's Facebook page.

"Our goal is to work with everyone in our community—faith leaders, business leaders, those who work with people in conflict and our youth—everyone, because it will take everyone to turn this around," he said.

"The recent spike in violence where friends and family turn anger into violence and harming each other, where even a 6-year-old child is a shooting victim, are signs that our community is in crisis," he said.

The mayor said coronavirus-pandemic job losses and mental-health effects exacerbates violence in the capital city.. "This has been challenging times for our city and for the world unlike any we have faced before," he said.

Lumumba acknowledged the limitation of law enforcement to handle the situation.

"Law enforcement is an important part of the picture, and we are extremely grateful for their effort and their sacrifice, but they are a part of the picture," he said. "With so much of the violence happening between people who know one another well, we know that in these cases, police can only make arrest after the harm is done."

Lumumba said his administration is working to focus on crime prevention and services for those in crisis.

Hurst's tweet came after a WLBT report about a body found with multiple gunshot wounds on Grand Avenue. He said that murder is the 82nd for Jackson this year, which is the total for last year.

It is unclear how and if the federal agents involved with Operation Legend will reduce violence with experts warning that amped-up policing efforts can have the opposite effect on crime and violence. In December 2017, Hurst launched Project Eject, a Donald Trump-era reboot of the controversial federal Project Safe Neighborhoods strategy employed under President George W. Bush. The City of Jackson and the Jackson Police Department agreed to be a partner in that effort, which was heralded as a way to take guns from felons, but was also used in police sweeps, including for gang members and drug charges, which experts say are more about public relations than ways to reduce violence.

National anti-violence expert David Kennedy criticized the Project Eject strategy to the Jackson Free Press as having the potential to disparately target Black people, as the Bush-era strategy did, and warned that it could have the opposite effect of what is promised.

In fact, Project Eject’s first full year in 2008 coincided with the largest spike in Jackson homicides in decades.

The Mississippi Development Bank has issued $38 million in bonds to the City of Jackson, using the 1% sales tax revenue, to use on road projects.

"I just want to express what an amazing job this was for it to be the first of its kind," Lumumba said last week at the city-council budget-committee meeting. "This certainly was not a routine measure here; there was a lot of creativity that has to go into it."

Budget Committee Chairman and Ward 2 Councilman Melvin V. Priester Jr. similarly described getting the process through the finish line as a great accomplishment for the team involved.

"I want to say how appreciative I am for the hard work that went into this," Priester said. "We have been batting around the idea of trying to borrow against the 1% sales tax for a very long time."