City to Bail Out Convention Center This Month, But Rejects Request for $790,000 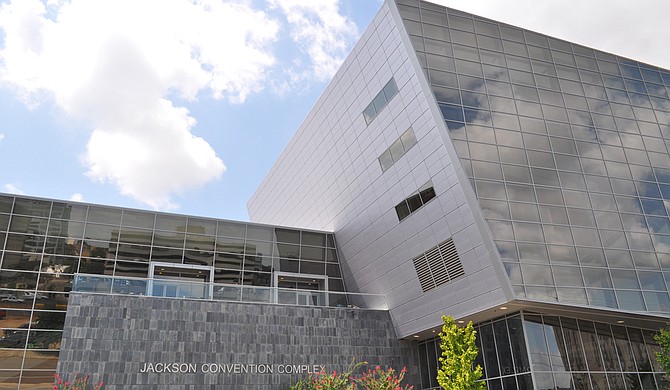 The Jackson City Council approved a $790,000 bailout plan at its Sept. 17, 2019, meeting to keep the Jackson Convention Center financially afloat during the 2020 fiscal year. File Photo by Trip Burns

Editor's note: After this story went to press, the Capital Convention Center Commission emailed the Jackson Free Press a copy of their rates. The story has been changed to reflect this.

The fledgling Jackson Convention Center asked the Jackson City Council for bailout money this week and got it, but not without pushback from two members, Ward 3 Councilman Kenneth Stokes and Ward 1 Councilman Ashby Foote.

Although the council voted to give the convention-center complex $63,000 in funds to close out this month, the City of Jackson rejected a request to hand out $67,000 per month to the center, a public agency, through October 2020. That would have cost the City $790,000 to help float the convention center during the 2020 fiscal year. It remains unclear how the convention center will meet those costs beyond the end of this month.

"Today is about keeping the doors open and paying employees," Mayor Chokwe A. Lumumba said at Tuesday night's meeting.

Councilmen Foote and Stokes voted against the extra funds in the 4-2 vote, with Stokes expressing concern about the center's high usage rates, arguing that a bailout was a misuse of vital city funds that could pay for more urgent priorities.

Financial problems have plagued the 330,000-square-foot facility since its construction in 2009, and the Capital Convention Center Commission, which is in charge of it, has repeatedly asked for bailouts. The City has been contractually obligated to fund the center since 2004, when Jackson residents approved a "tourism tax" to help fund the center's construction. To raise the approximately $65 million needed for construction, the City implemented a 1 percent and a 3 percent tax increase on restaurants and hotels, respectively.

The convention center's regional manager, Kelvin Moore, blamed its financial crisis on not having a headquarter hotel. Having a hotel, Moore argued, as he did back in 2012, would draw in more business and make the Jackson center more nationally competitive. During his presentation before city council, Moore cited the success of convention centers in nearby cities.

"We're sitting here trying to figure out how to pay the police more so that we can retain the police officers we've got," Foote said. "We don't have solutions, I don't think, in this room, to solve a $790,000-a-year problem. ... So I think it calls for a sort of plan B or new plan."

Foote added that he didn't think the City was "in a position to pay $67,000 every month for this while we've got all these other needs."

The commission had originally asked the City for $131,411 to close out the month of September 2019, but Moore amended that number to $63,000 during Tuesday's meeting. When asked to explain the large discrepancy between the numbers, Moore said the previous request was based on predictions made back in July.

Despite the bailout, council members emphasized the need for an alternative, long-term plan to finance the convention center.

In its Certified Annual Financing Report for the 2018 fiscal year, Jackson officials expressed concern about the commission's progress in finding other sources of funding. "The Commission is continuing to seek ways to alleviate this condition through budgeting and seeking additional funding sources," the report stated. "There is no assurance as to the availability, timing or terms of such additional funding that might be available. This condition raises substantial doubt about the Commission's ability to continue as a going concern."

At Tuesday's council meeting, Stokes disagreed with Moore's emphasis on the need for a headquarter hotel. Instead, he placed the onus on the convention center's rates, which he deemed too high.

"You must ... realize that you're in Jackson, Mississippi, not Houston, Texas. You won't always have a hotel connected with your convention center," he told Moore. "But have as many activities as you can have by dropping the price. It's not doing us any good to have a big pretty building that nobody utilizes. ... This is the largest city in the state of Mississippi. People will be glad to come from those small towns and use Jackson Convention Center, if you reach out." He added that the commission has pushed away local residents.

Before this story went to print, The Jackson Free Press had called the Jackson Convention Center to request a copy of its rates and was redirected to the commission. Commission Administrator Rosemary Maxey had told the Jackson Free Press that it would release rates pending correspondence with the commission attorney, as an open-records request may or may not have to be filled out in order to obtain a copy of the rates it charges.

Maxey later e-mailed the Jackson Free Press a PDF document outlining the center's base rates, which range anywhere from $300 per day for a 30-person capacity conference room to $2,000 per day for a "Trustmark Meeting Room" that can seat 200 to 425 people. For $3,000 to $8,000 per day, clients can rent the convention center's exhibition halls. Daily rates include tables, chairs, staging, and basic set-up and breakdown.

In its written presentation, the Capital Convention Center Commission attributed its financial distress to the fact that there was no headquarter hotel and not enough density of activity in downtown Jackson to support business at the convention center. The presentation also noted that the center received $43.5 million in sales-tax income between fiscal-years 2009 and 2018, which is $5.3 million less than it had anticipated. But the center did receive $8 million more in JCC Operating Subsidy funding than it had projected.

The commission wrote in its presentation that it used some of this money to refinance its 2013 and 2015 debts, as well as "encouraged efforts to secure Convention Center Hotel, SMG Marketing Fund to support local destination sales efforts, renegotiated SMG management agreement, marketed facility naming rights."

CORRECTION: The above story reflects a correction that the Jackson City Council rejected the request for the full $790,000 through the end of fiscal-year 2020 Tuesday night, but voted to bail out the center through the current fiscal year, which ends this month. We originally reported that the council approved full requested bailout, but it did not.