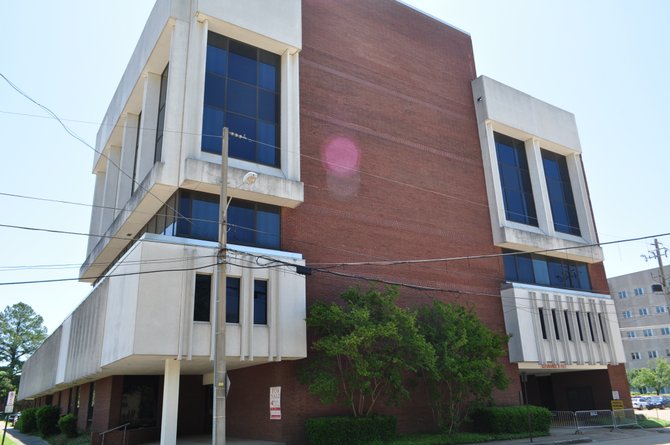 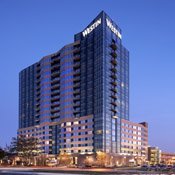 The Jackson City Council this morning approved $1.75 million in tax-increment financing for a $53-million, 205-room luxury Westin hotel that would face Congress Street.

Downtown Jackson is about to get more luxurious.

The Jackson City Council this morning approved $1.75 million in tax-increment financing for a $53-million, 205-room luxury Westin hotel that will face Congress Street downtown. The council voted 5 to 1 in favor of the plan; Ward 3 Councilwoman LaRita Cooper-Stokes was the lone dissent. Ward 1 Councilman Quentin Whitwell did not attend the meeting.

The deal was a planned topic for yesterday's special meeting, but that meeting was cancelled because more than half the council was absent when the meeting started. However, Mayor Harvey Johnson Jr. briefed reporters who showed up to cover the meeting.

"This is not the much-anticipated convention-center hotel," Johnson said. "This is another much-anticipated hotel down on West Street at the site of the old Mississippi Valley Title building. ... It's a good project, it's an exciting project, but it's not the convention center hotel."  Joseph Simpson of Capital Hotel Associates LLC, the lead developer on the project, told the council today that the construction and operation of the hotel would generate $40 million in revenue based on an estimated room rate of $139 per day. Simpson said the project would create 1,066 direct and indirect jobs, including 126 permanent jobs.

As part of the 15-year TIF, developers agreed that 50 percent of subcontract work would go to minority-owned businesses, and 100 percent of "unskilled" position would be set aside for Jackson residents.

"We went to look at all of Jackson to figure out what was the best place to put a hotel like this, and the Valley Title building, which is right across the street from the (Hinds County) courthouse, the Mississippi Museum of Art and the Convention Center so it makes the most sense," Simpson said this morning.

The Hinds County Board of Supervisors announced in early May that a deal was under way to sell the long-dormant building, located at the intersection of Tombigbee and Congress streets but wanted to keep the details secret to prevent another county from luring the potential buyers away.

In 2007, supervisors purchased the 40,000-square-foot building that once housed Mississippi Valley Title Insurance for $2.5 million using funds from a $30 million bond issue. To sweeten the deal, the Board of Supervisors voted at the time to attach $1.76 million in federal stimulus bonds as an incentive for buying the building.

Capital Hotel Associates' original 2011 plans called for a new nine-story structure with a spa, which would require the demolition of the Mississippi Valley Title building.

Johnson added yesterday that the city remains in talks with a hotel group about the convention-center hotel project, and that hopefully they would have something to say about that before the end of the month, which is Johnson's last day in office before Mayor-elect Chokwe Lumumba takes office on July 1.

"We just need to figure out exactly what we need to do to make sure of what the city's portion of the deal would be, and try to get some indication from them that that proposal would be acceptable," Johnson said.

"Then they can move ahead with some financing. At that point, we'll pass some kind of resolution of support or something along those lines."

In other action, council members also agreed 5-1 to establish a TIF district for the District at Eastover. Cooper-Stokes voted no on that project as well.

Great news for Jackson! A possible two new luxury hotels will be great for the metro area. Now we just need some lofts/condos and a downtown grocery store to make downtown more livable. I hope Chokwe Lumumba can continue Jackson's progress!

Would it also be fair to say that Mayor Elect Chokwe Lumumba will also continue the many wonderful projects initiated by Mayor Johnson?

What reasons did Stokes give for voting against these proposals?

I agree with you and add that we should make every effort as citizens to assist Mayor Lumumba in fulfilling the work and legacy of Mayor Johnson.

Mayor Johnson was a masterful public administrator as well as an astute and effective infrastructure and financial planner. He left the city much better off than he found it, two times!

Many thanks to Mayor Johnson and his team!

@FrankMickens "What reasons did Stokes give for voting against these proposals?"

I really don't know; however, in a review of many of her "NO"votes, they are without rhyme or reason. Usually there isn't an explanation.

@FrankMickens I did not vote for Mayor Lumumba, but I will for sure stand with him and make every effort as a citizen to support/assist his administration as long as he continues to move Jackson forward. Jackson is MUCH better off than it has ever been and there is a great deal of potential to become a beautiful city that attracts businesses and developers to the area. As Mississippians, we should all have a vested interest in the lively hood of our capitol city. The success of our capitol trickles throughout the state. We must work to turn the culture and flee to the suburbs around for the betterment of our entire state. The more we all talk about POSITIVE aspects of Jackson, the better chance of Jackson growing.