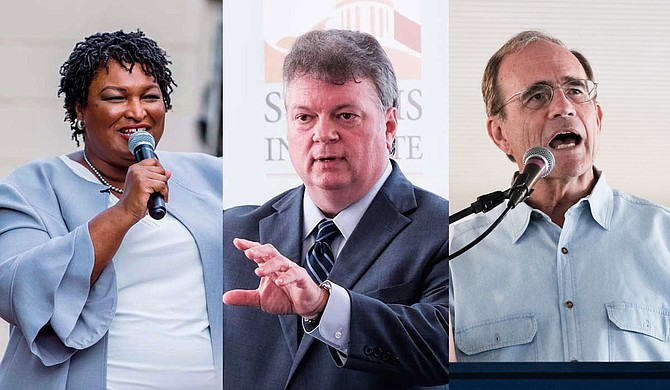 The Mississippi Supreme Court ruled on Sept. 5 that charter schools, which receive public funds, are legal under the state constitution. The Southern Poverty Law Center had argued that charters violate a provision in the constitution that bars local public funds from going to schools outside the local district's control.

Private nonprofits with no oversight from the Mississippi Department of Education or local school districts run private schools.

Justice Leslie King dissented, writing that the Mississippi Constitution plainly says local property taxes must "be used only to maintain the schools controlled by a school district."

King wrote that the authors of the state's constitution used "plain language" to specify that local property taxes "are to be used only to maintain the schools controlled by a school district."

Six charter schools currently operate in Mississippi, and all but one are in Jackson. The other is in Clarksdale.

In a Sept. 6 press release, Mississippi Commissioner of Agriculture Andy Gipson clarified that it is not illegal to sell products in Mississippi labeled as "veggie burgers." His statement comes in the wake of a recent lawsuit against a new Mississippi law that made it illegal to sell plant-based products labeled as "meat food products." Vegans foods company Upton's Naturals joined forces with the Plant Based Foods Association and the Institution for Justice law firm to bring the cases, claiming in a July 2 press release that it violated "their First Amendment right to label foods in a way that consumers understand."

Gipson said new rules from the Mississippi Department of Agriculture will make that clear.

"Contrary to what the plaintiffs have been saying, 'veggie burgers' have never been outlawed by the Mississippi law or proposed rules," Gipson said. "I think the plaintiffs finally figured that out. There was no need for a federal lawsuit; the law is constitutional; and it is my understanding the plaintiffs plan to dismiss their own lawsuit against the law once the rules are finalized. It's a shame the plaintiffs chose to waste taxpayer resources with a lawsuit rather than working through the normal public rule-making process.

"As from the beginning, we are going to enforce this constitutional law with common-sense regulations to make sure Mississippi consumers know whether or not they are buying real meat."

The new rules would require producers to display "plant-based" prominently on the packaging of meat alternatives.

In the July press release, though, the plaintiffs claimed that the state already guards against misleading labels.

"Mississippi already had laws in place to prevent companies from mislabeling products, so there was no consumer-protection basis for this law, which is about protecting meat products from competition from plant-based alternatives," the statement read. "Indeed, the Mississippi Cattlemen's Association lobbied legislators to pass the new law specific to meat terms earlier this year."

Both houses of the Mississippi Legislature passed Senate Bill 2922, creating the law in question, without a single member voting no.

In Mississippi, lieutenant governors are powerful, with executive and legislative roles. They serve as the president of the Senate, which gives them significant leverage in choosing the committee chairs who decide which legislation to prioritize—or kill.

The two have staked out similar positions on issues like education, abortion and health care. Both support expanding the State's Medicaid system to include 300,000 Mississippians who currently make too much for traditional Medicaid but not enough for private insurance. At the Neshoba County Fair last month, both emphasized the importance of Medicaid expansion when it comes to keeping the state's struggling rural hospitals open.

"No Mississippian should be further than 30 minutes from an emergency room, and they won't be starting next year," Hosemann pledged at the fair.

"I don't need to ask the (Mississippi) Hospital Association the value of having rural hospitals in every single community," Hughes told the crowd, after saying his mother died in an ambulance while en route to a hospital that was just a little too far away.

In Mississippi, lieutenant governors are powerful, with executive and legislative roles. They serve as president of the Senate, which gives them significant leverage in choosing the committee chairs who decide which legislation to prioritize—or kill.

In the House, Hughes voted for the State's recent six-week abortion ban. In August, Hosemann's campaign confirmed to the Jackson Free Press that he supports the law, too.

Both men want to increase teacher pay and funding for public education.

"It all starts with education—and that means public education," Hughes said at the fair.

Hosemann said he also wants to implement a universal pre-K program, so that every child in Mississippi can begin an education starting at age 4.

Hood and Lt. Gov. Tate Reeves, the Republican nominee for governor, have also expressed an interest in a one-on-one debate, but have not agreed to a date.

Voters will choose among candidates for statewide office in the general election on Nov. 6, 2019. Voters must register 30 days before an election to be eligible to vote.

President Donald Trump's latest nominee for the federal bench in Mississippi is a former state representative with a history of casting anti-abortion and anti-LGBT votes.

On Aug. 28, Trump nominated Judge Cory T. Wilson, who previously served as the Republican State rRe representative for House District 73, to serve as a federal judge for the Southern District of Mississippi. House District 73 includes parts of Ridgeland and Madison.

Wilson, a Flora, Miss., native who served in the House from 2016 to 2018, voted as a staunch conservative there. In 2016, he voted for House Bill 1523, which made it legal in the State for businesses and employees to discriminate against LGBT people on the basis of religious beliefs about marriage or gender identity.

That law drew renewed attention earlier this month after a business owner in Booneville, Miss., seemed to cite it to justify her decision to refuse to allow an interracial couple to use her venue for a wedding.

"First of all, we don't do gay weddings or mixed race ... because of our Christian race, I mean, our Christian belief," the woman, Donna Russell, said in a video the sister of the groom-to-be recorded. Russell later apologized, saying she realized her views on interracial marriage were wrong after studying the Bible and speaking to her pastor.

In 2018, then-Rep. Wilson also voted for House Bill 1510, which banned abortions after 15-weeks gestation. Last year, U.S. District Court for the Southern District of Mississippi Judge Carlton W. Reeves found that law unconstitutional, but the State has appealed his ruling to the 5th U.S.Fifth Circuit Court of Appeals in New Orleans.

Mississippi Gov. Phil Bryant, who signed both controversial laws, appointed Wilson to the Mississippi Court of Appeals in late 2018.

"President Trump has selected another outstanding judge from Mississippi to serve the American people. Judge Wilson's credentials, intelligence , and respect for the rule of law are without question. He has demonstrated his commitment to our state and nation during his time as a student at the University of Mississippi and Yale Law School, a White House fellow, an accomplished lawyer , and as a state representative. He has served most recently with distinction on the Mississippi Court of Appeals," Wicker said in the statement.

"I look forward to working with my colleagues to ensure this nomination is quickly considered and approved."

Stacey Abrams, who nearly made history in Georgia's race for governor last year, is helping Democrats who are running for statewide office in Mississippi this year. Fair Fight 2020, an organization she launched last month that is primarily focused on next year's presidential election, is behind the effort.

"We're targeting all of the battleground presidential states, and we include in that battleground Georgia, Arizona, Texas. We're also looking at Senate races, so we're in Alabama. We know that there are statewide races happening this year in Mississippi, Kentucky and Louisiana, so we're there," she said at the launch event in August.

Abrams lost to Republican Brian Kemp by a little more than just over one -percentage point in the 2018 race for governor in Georgia, though questions remain about voter suppression after Kemp, blocked thousands of voter registrations and ordered the purging of thousands from Georgia's voter rolls.

Abrams' organization's efforts are centered on ensuring a "fair fight" by working to boost voter protections in states, and prevent voter suppression and issues like those that plagued her race.

"Fair Fight 2020 will help staff, fund, and train robust Democratic voter protection operations in battleground states across our country, starting immediately," the organization's website reads. "These teams require an army of volunteers to build an infrastructure of accountability across all levels of government until every eligible voter can register, access the ballot, and cast a vote that is accurately counted. No matter your background or talents, you can make a difference."

Abrams has reached out to the campaign for Mississippi Democratic nominee for governor Jim Hood to explain their organization's goals, but the two entities are not currently coordinating together.

Abrams, whose family lives in Hattiesburg, Miss., grew up in Gulfport, Miss., before moving to Georgia where she rose to become the Democratic minority leader in the State House there.