OPINION: My Abuser Apologized, and I Forgave Him | Jackson Free Press | Jackson, MS

OPINION: My Abuser Apologized, and I Forgave Him 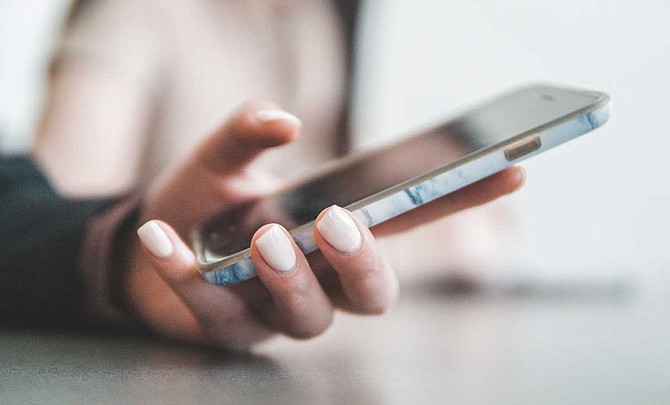 Funmi Franklin forgave the man who abused her when he apologized years later—after reading in this newspaper about her pain from the abuse. “Forgiveness was easy, as I’d done it years before,” she writes. Photo by Jae Park on Unsplash

A few years ago, I wrote a column evaluating my emotions for never receiving an apology or even an acknowledgement from my abuser for basically hurting me and demolishing my self-value. Writing that column turned into an exercise in acceptance and forgiveness. By the time I was done with it, I realized a few things about myself.

The most significant lesson I learned was that I had been distracted while I'd been so focused on hearing him confess to his wrongdoings. I had not figured that I was overwhelmingly disappointed in myself for allowing him to steal my self-pride. I let loving him break me.

I had to dive into those feelings and rescue my soul.

Next, I learned to embrace the pain for what it was. I'd carried the effects of being beaten with me in anger, frustration and a plethora of baggage. I assigned myself the task of transforming the pain to power, to turn the shame into inspiration. I accepted that I was capable of good love.

It wasn't until I penned that column for the Jackson Free Press that I realized that I hadn't yet owned love because I had not fallen in love with me. I was merely reacting to a close connection masked as love. Reluctantly, I shaped the lessons cleanly and placed them in my heart to carry with me.a

Healing came through with each word I wrote. I was finally able to move on. I could breathe easy. I didn't need his apology or his acknowledgement.

"Can you talk?" The message came from an unknown number.

"Sure," I replied after he told me who was texting.

In the past, I would become anxious, fearful even, just at the sound of his voice. I realize now that, at that time, I was still controlled by the pain I'd stored away; the pain of brokenness lived with me for years.

This time, however, I felt prepared. I was strong and eager. I had no idea why he was calling, but nothing he said could separate me from my peace.

"I need to just tell you how sorry I am for hurting you and being abusive to you. It was a long time ago, but I need you to know I was dead wrong, and I regret treating you badly. You didn't deserve that," he told me.

Ever taken a test in school and you weren't absolutely sure you passed? Remember that feeling of anxiety and tension you felt waiting for that grade? Then finally, you get it, and not only did you pass, but you aced it. The phone call felt just like that. I cried and cried, alone because no one would get how truly awesome this was--but not for me.

I was elated that even though it's been decades, and he might have never said these words to me, he owned it. I figure there was a time that he blocked it out. But he had reached back and finally gotten it, and he wanted my forgiveness.   My abuser was making an effort to clear his path.

Then I could see his soul after doubting for years that he even had one. Forgiveness was easy, as I'd done it years before. For me, healing didn't arrive until I understood and embraced the young woman who had fallen so heavily in love with falling in love. That young woman blamed herself, vehemently.

I'm no longer that woman.

Because I was able to heal through my last column about his abuse, I am hoping this one lends to his ability to heal. I know many won't understand the ease I welcomed in forgiving him. But, I've released the burden of pain from that relationship. He should be afforded that same freedom.

Therefore, without hesitation, I offered him encouragement and wished peace upon him. I left him with two words to carry with him on the next track of his journey: forgive yourself.

Men can "take the pledge" to stand up against domestic and interpersonal abuse and violence year-round at https://mcadv.org/take-pledge/.