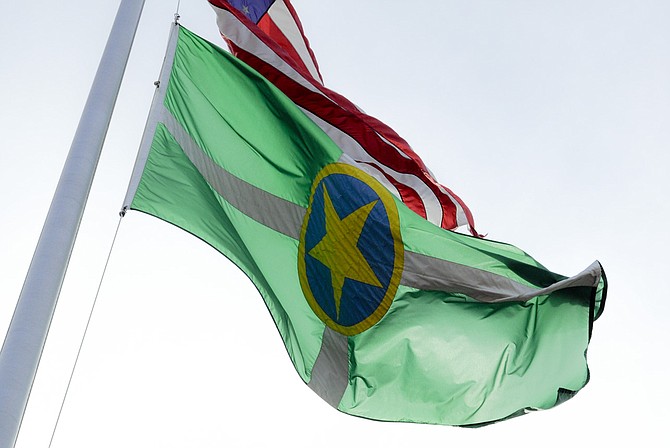 I think we Jacksonians who proudly remain here and work to make our city the best it can be must speak louder than those who have nothing nice to say. Photo by Trip Burns/File Photo

I often find that I am discouraged, just as many are, to read some of the things Jacksonians have to say about the city. I won't bother writing them, just as you won't catch me saying these things out of my mouth, even as frustrated as I get about the way things are done around here. See, what I understand is that most of the blame is misdirected. Most people have no idea where it should be placed, so they just blame what's most logical to them—the head.

Someone asked me recently what I think about the state of Jackson. After my immediate chuckle, I responded: "It's home. It's my hometown, where I have become who I am, and where I raise my children. Good and bad, it's mine."

While I know that was a request to explore my mind about the crime, the potholes, the job the mayor is doing, the anti-Jackson campaigns, etc., I'm of the mindset that if no one is offering a real solution, we should not discuss the problem. No, I don't mean quick fixes or feel-good missions like marches and rallies. While they probably do some good to some folk, they don't fix problems in this city. In fact, there isn't a huge effort to involve all people—just those who are always marching. What's the point if it's not inclusive? The people who are there to march already know the formula for those types of protests. They are well aware of what they are there to protest.

Additionally, setting up organizations to meet over and over about the same problem does no good, either. Sure, one or two meetings to assess and pour strength and encouragement into each other is well-founded. Beyond that, however, it's basically gathering people in a room to feel important. It's really cute to say "I was there." Great. Then what? What happens after you've had these meetings? Where are the tasks that were assigned, if tasks were assigned? What's the strategy? Do you have the right people in your meeting, or is the room full of your colleagues that you think add name value?

Do we even agree on the direction the city should be going? Is there a united front for any of these causes that we are meeting about? Do we have our hands on the heartbeat of the city? It's clear that we know what we don't have, but do we recognize our strengths and our unique qualities?

Do we internalize the good? Are we making any effort to identify the goals? How else can we offer a plan to get there?

Unlike positivity, negativity—once spoken or heard—spreads like wildfire. It takes so little effort to repeat and speak on the bad, but it takes an intentional effort to talk about the good. Our city is getting a horrible reputation from a lot of manure being spread from a few people. I am not purporting that Jackson isn't in a concerning state, but what city isn't?

I think we Jacksonians who proudly remain here and work to make our city the best it can be must speak louder than those who have nothing nice to say. We must combat those spreading negativity with meetings to publicize the good that our city has to offer.

Where there is good, there will inevitably be bad. So that means if we are so horrible, we must have some good as well. And, if you are of Jackson, by Jackson, then when you speak constantly about how terrible the city is, understand that you are spewing hate toward yourself. You are inflicting negativity upon you and your family as well. I'll be damned if I call myself pathetic, criminal, unworthy of living good and free. We will never stop naysayers from speaking, but I think it's high time we yell just as loud as they do about the greatness of Jackson. If they won't be silent, we must be prepared to scream.