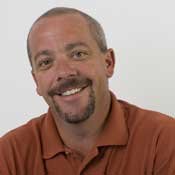 In my humble opinion, The Jackson Free Press has set itself apart in this city, state and nation as a publication that is hard-hitting, to the point and never shows only part of an issue. The staff has created awareness of the creative juices in this city and awakened dead stories, and people, which became award-winning journalism.

Successful businesses must step back and take a deep, meaningful look at their operations to move forward. The JFP recently concluded this study on themselves. We will never know what all was discussed, what ideas were left on the cutting room floor and which ones will be revisited next year. What we have learned is that now, Boom Jackson will be published quarterly instead of annually.

I am fortunate in my line of work (advertising) to sit in rooms to discuss strategies of businesses that are near completion, ones that need a shot in the arm and those that just need a new look. With this comes meetings with publishers, account executives, managers, and the likes of newspapers, magazines, television and radio stations and other media outlets. What's so cool about that is having a voice in what will shape this city in some way.

I had a conversation yesterday morning with Todd Stauffer about Boom Jackson and the strategy behind it becoming a quarterly publication. It was simple as I pondered what he was saying. The JFP has single-handedly become the pied piper for what all is good about this city. They have played the notes, with words, as well as the Jackson Symphony. Led, with integrity, honesty and plain ol' hard work to make known to us what is right with The City With Soul. However, they felt that a void was still in effect with our young professionals. And this is one reason for Boom Jackson's quarterly birth, which you can read more about at the above strategy link.

Whew, what an intro to get to the point, huh? "Establish a better sense of community," Stauffer said in the meeting more than once. "That is another goal of Boom Jackson." As mine and Lisa's anticipation of moving to Fondren builds hourly with new ideas we have, the anticipation hit a climax last night at Arts, Eats and Beats. This sense of community that Todd spoke of reared its head (naysayers, please insert ugly in front of head and reread the sentence) in a fashion we had only thought in our minds.

First, as my seven-year-old finished scarfing down his taco in front of The Auditorium, he and Lisa separated from me as I talked to a vendor. She called my name, and I looked up to where she was pointing, and there was my son tackling two other kids about his age. Running in the plush, green grass of Duling Street School. Lisa was having a conversation with at the time I walked up was a stranger. After ten minutes we realized we would be living very close and that more times were coming for them to play. It was like she and Lisa had known each other for years. And I saw evidence of this community all night.

Thousands poured into Fondren last night for the same thing. To promote our community and enjoy what it offers. We are all on the same page. Are there pockets of couldn't care lessers? You bet. Are they going to stop us? Hell no! But the good out weigh the bad and when they can't stand it any more they either get in the boat or drown. If they choose to drown, we will probably choose to try to save them one more time.

As the night went on it was time to ride the Fondren Express. I was almost left in front of the Fondren Building as Lisa and Wells began to board. One of my Shut Up and Write classmates had stopped me and we were catching up on writing, her grad school and what was going on in our lives. I ran to catch up and make it on the Express. As we sat looking at the sights I began talking to the gentleman (stranger) behind me. The usual, where do you live, what do you do, married, single, how old is your son were the topics. As we moved deeper into Fondren we began to realize through our conversation that I went to school with his wife. A school of a total of 400 people at its peak and I was in Fondren, on a trolley, with a stranger and I know his wife. And furthermore, they live a couple of houses down from the new neighbors we met only moments ago. Small world. Great community.

As we were ending the jaunt on the express new "tourists" were boarding. And there she was, the stranger from earlier. The conversation between her and Lisa continued. And the boys went to the coolest place on the Express, the back "porch." Excellent! It was great vibes all night.

Furthermore, I must have stopped and talked to 30 people that I already have relationships with. And the biggest topic of each one, "Isn't this a great night?" It was. There will be more not only in Fondren, but in Jackson, period. This sense of community will be highlighted through boom Jackson, these events, meetings (whether business or casual), think tanks, mixers and more. We are at a place where we are redefining the people we are and what we want Jackson to be. If you are still sitting on the sidelines like a stag party, get off the bench! Walk the streets. Shake a hand. Smile at a stranger. And most of all grab a Naysayer by the ear like Aunt Edna and drag them somewhere to witness community first hand!

As Jackson begins to experience this renaissance so to speak, our efforts must turn to creating sustainable movements and broadening our approach to promoting investment into areas that historically have been overlooked in the city. Amen, Adam. The JFP launched to be a connection tool, a forum and a gathering place to both help build a strong, progressive community in Jackson, and to chronicle its efforts. Ultimately, though, it's about all of you, and all your hard work in the city. I applaud every single person who is coming together to build the city together. This positive movement gets stronger every day and is bypassing naysayers who are in it for personal gain first and foremost. I am *so* proud to be part of this forward-thinking movement in Jackson and to know all of you. And Langston, as always, makes me blush a bit -- but he is right that BOOM Jackson's evolution is to keep step with what is really going on in Jackson, which is vibrant, young, energetic, environmentally focused and forward-thinking. Jackson today is a very different place than it was even 10 years ago, and both JFP and BOOM will reflect that. We will continue to speak truth to power in all our publications as needed, but we are also going to give credit where its due to the next generation that is transforming Jackson (and the mentors who are helping y'all do it). Cheers, gang. It is only going to get more fun from here. And oh, yes, we are going to have some amazing BOOM parties. Just wait. (Fan BOOM's Facebook page to be on the charter invite list. Pass it on.)

Thanks Adam. Can't wait to meet you in person. I have learned in my short awakening that we cannot stop telling our stories. We cannot stop trying to move forward and kicking the naysayers aside (of course only after we have exhausted all eye-opening measures). Hell, it took me 30 some-odd years to come around and now I see so many of my former self out there. That's ok. It gives us more opportunities to talk the talk and walk the walk. You are truly one that sees the vision and I know people will be talking about you for a long time. Thanks for doing that. ladd...whatever about the blushing. I am humbled, truly humbled, to be a small part of this and to be surrounded and supported by the staff at JFP. thanks!