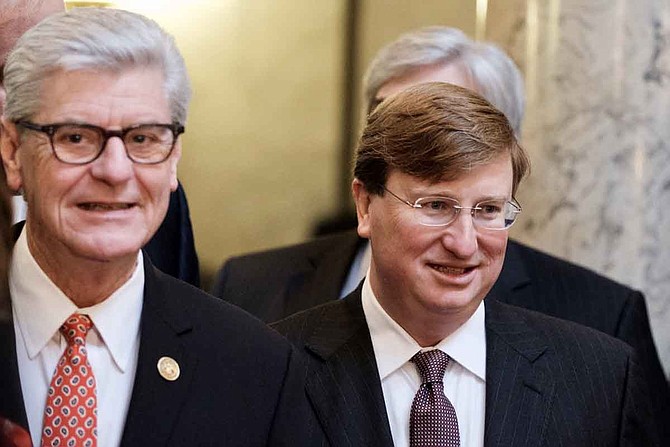 Anna and Rex Childers watched their Mississippi-based business surge in sales this week after Amazon.com featured one of the couples' products, a mug, on its Mother's Day gifts page. Anna told the Jackson Free Press on Friday that they usually sell about 75 of those mugs weekly, but this past week, those sales boomed to around 75 a day.

They run Apple Farm Creations, a business in D'Iberville that began as a hobby. About three-quarters of their sales, Anna said, come through their Amazon store.

The Childers are among a number of Mississippi business owners who have seen growth in recent years propelled by the online mega-retailer's platform. In fact, Amazon reported in a May 1 press statement, Mississippi retailers boasted the fastest year-over-year growth among Amazon retailers.

State leaders seized on the news but misstated the case. Gov. Phil Bryant tweeted thanks to Amazon on Tuesday for "recognizing Mississippi as the #1 state in the nation for the growth of small & medium businesses."

Lt. Gov. Tate Reeves also used the opportunity to take a not-so-thinly-veiled shot at Attorney General Jim Hood, one of his Democratic opponents in the race for governor. In his campaign, Hood frequently criticizes GOP leadership.

"This election, you'll see some politicians complain endlessly about our state," Reeves tweeted Thursday night. "They won't share success stories that go against their liberal narrative like this one: Amazon ranked conservative Mississippi as the BEST state in the country for growing small businesses. Great news!"

Like Bryant's tweet, Reeves' Facebook posts seems to suggest that Amazon ranked Mississippi No. 1 in growth among all small and medium-size businesses. That is misleading. Andrea Ruge, an Amazon representative, confirmed to the Jackson Free Press on Thursday that the company's study refers only to Mississippi businesses that sell on Amazon's online platform, and does not include their local, non-Amazon.com sales.

"It depends on how you read it," State Economist Darrin Webb told the Jackson Free Press on Thursday. "They didn't necessarily rank them as the best state in the country for growing small businesses. They said it was the fastest growing in terms of sales."

But, he said, Amazon's announcement is still good news.

"Amazon saw strong growth from Mississippi retailers, so that's good for Mississippi retailers," he said. "It is a positive thing. We live in a fairly rural state and apparently there are some folks here in the state who have found a way to sell their product to a national or international market, so that is a good thing."

This election, you’ll see some politicians complain endlessly about our state. They won’t share success stories that go against their liberal narrative like this one: Amazon ranked conservative Mississippi as the BEST state in the country for growing small businesses. Great news!

Reeves' Facebook posts seems to suggest that Amazon ranked Mississippi No. 1 in growth among all small and medium-size businesses. That is misleading.

Amazon was "the best thing we ever did for our business," Anna Childers told the Jackson Free Press. In 2015, she said, she began creating handmade "Pinterest-type things" like hand-painted wood signs and other home decor.

"I had so much made. It was more than I ever needed, so I said, 'Let me try to sell this,'" she said. "I was shocked when people actually bought it."

That year, they began selling on eBay and Etsy. Later, Amazon sent her an email asking if she would like to sell on their store, so she listed a few items and started generating sales. In 2016, she said, she got more serious about selling. Then, in 2017, her business grew 600%. She credits most of that growth to Amazon, where they sell not only mugs, but phone cases, license plates, wood coasters and more.

They no longer sell on eBay, but Etsy does still make up around a quarter of their sales, she said. Still, it is not their sole source of income; alongside their business, both continue to work full time jobs as nurses at home, where they review medical records and write reports for a Florida-based company.

The Amazon report noted that, overall, states with large rural populations showed the fastest growth in small and medium-sized businesses. It also pointed to a recent U.S. Chamber of Commerce study that found that growth in digital sales among rural small businesses could eventually add as much as $47 billion to the national growth domestic product each year. The other states rounding out the top five include Nebraska, Maine, Texas and Indiana.

Beyond Amazon, Webb said, Mississippi's overall economy is not "booming," but it is growing.

"Our economy has seen slight improvement in growth, particularly in 2018 with the most recent data, but we are still growing at a relatively slow pace compared to other states," he said.

Data from the U.S. Bureau of Labor Statistics last year showed Mississippi saw 1% job growth in 2018. Other neighboring states grew jobs faster, with job growth reaching 2.13% in Alabama, 1.37% in Arkansas, 1.12% in Louisiana and 2% in Tennessee.

In December 2018, Amazon announced in a press release plans to open a distribution warehouse in Marshall County, Miss., bringing 850 full-time jobs to the northernmost part of the state over a three-year period.

Amazon announced it will open a distribution warehouse in Marshall County, Miss., that will bring 850 full-time jobs to the state.

Pay for employees who will "pick, pack and ship" consumer goods, the release says, will start at $15 an hour, in line with Amazon's decision last October to raise its minimum wage for all employees nationwide to that level in response to widespread criticism.

In a press statement at the time, Bryant said he was "proud to welcome Amazon as the newest member of the Mississippi business community."

Amazon's political action committee, or PAC, has donated to numerous Mississippi politicians in both political parties. During the 2018 election cycle, the PAC donated $5,000 to U.S. Sen. Cindy Hyde-Smith, whom Bryant appointed to the seat in April after former Sen. Thad Cochran and staunchly supported in November's special election.