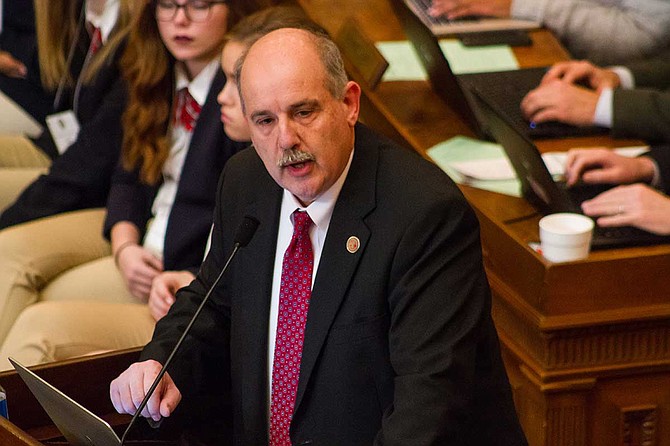 JACKSON — Mississippi's education voucher program, which subsidizes private-school tuition at the expense of public schools, could end next year after lawmakers allowed a bill to extend it to die in committee.

The $3-million educational scholarship account, or ESA, program subsidizes tuition for some special-needs students, but $1.3 million of those funds come at the expense of public schools. Lawmakers first authorized it in 2015, and it is set to expire in 2020.

"Not one legislator came and talked to me about that bill or had a passion for that bill," House Education Committee Chairman Richard Bennett, R-Long Beach, said in an interview on SuperTalk Mississippi radio on Thursday.

The Senate passed Senate Bill 2675, which would have extended the program to 2024, last month. That effort quietly died in Bennett's committee on March 5.

"I don't believe the votes were there to get it out of a committee or to pass it on the (House) floor," Bennett said in yesterday's radio interview.

Last year, Bennett sat on the Joint Legislative Committee on Performance Evaluation and Expenditure, or PEER, which provides oversight of publicly funded programs. A review of the ESA program found numerous problems.

PEER requested information from 101 private schools that receive funds through ESAs, but just 33 responded. Of those, 22 said they depend on public schools to provide special-education services.

In other words, taxpayers often end up paying for special-needs children to go to ill-equipped private schools that rely on public schools to step in and provide their students with special-needs services. Under federal law, public schools must use a portion of their federal special-education funds to provide special-needs services to students in private schools. In the PEER study, nearly 18 percent of parents whose children received ESA funds reported that they did not use them either because they "could not locate a private school meeting (the) child's needs" or because they "did not receive needed services in private school." Over the past three years, about $3.84 million worth of ESA funds were left unspent.

Nearly 40 percent of parents in the study said their children received services in public schools that were later unavailable in private schools, such as therapy and special-education instruction.

St. Vincent de Paul Catholic Elementary school in Long Beach is one school accepting ESA funds for children it is not equipped to serve, Bennett said in the radio interview. "Pass Christian public schools and Long Beach public schools have to go to that private school and provide those services," he said.

Another school participating in the ESA program, Columbia Academy in Marion County, explicitly states in its student handbook that it is not equipped for children with learning disabilities.

Bennett also expressed concern that, if legislators extended the program to 2024, that would circumvent any decisions by the new governor, lieutenant governor and the slate of new lawmakers voters will elect this November. Voters will select new leaders again in 2023, meaning none of the executive or legislative leaders Mississippians elect this year would get a say on the program during the upcoming term in office.

Nancy Loome, a public-school advocate and the executive director of The Parents' Campaign, told the Jackson Free Press Friday that her organization is "very pleased" with the outcome.

"The PEER report raised a lot of concerns, so it would be ridiculous for the Legislature to ignore the problems that were raised and extend (the program)," she said. "That would be a real abdication."

Still, her group is watching the Legislature to make sure ESA funds are not slipped into an appropriations bill. "We believe very strongly that public funds are intended for the public schools," she said.

After the Senate passed the bill last month, Empower Mississippi, an organization that advocates for vouchers, or as they vaguely frame them, "school choice," applauded the Senate's extension of ESAs.

"The popular ESA program is giving many families who need options the opportunity to find a school where their child with special needs can thrive," Empower Mississippi President Grant Callen said in a Feb. 14 press release. "Participants are happy, and hundreds more are waiting to get in. While there are still many improvements to be made to the program so that it can serve families better and more can participate, the Senate's action today shows parents around the state that their legislators want their children to succeed."

White parents used the vouchers for their children at a higher rate than black parents, the PEER report found, suggesting systemic disparities in terms of who is able to get the most use out of the transfer of public resources to private schools.

The PEER study found that, of the children receiving ESA funds, 27 percent had autism, 48 percent had a speech or language impairment, and nearly 10 percent had an intellectual disability. Still, 48 percent said their children benefited from smaller classroom sizes and one-on-one attention that was not available in public schools.

Legislators are ahead of schedule, and this year's legislative session could wrap up before the end of March, weeks earlier than the scheduled finish point in April, Bennett said during the March 7 radio interview.

Unless the governor calls a special session, which rarely happens in election years, it will not meet again until new leadership arrives in January 2020.