Angie Thomas Producing 'On The Come Up' Film, Happy with Fox 2000 Team 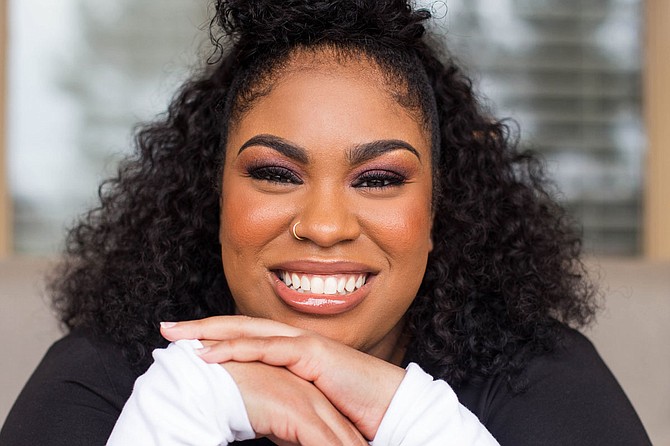 Angie Thomas' second novel "On The Come Up" will be adapted into a film with "This Is Us" producer and writer Kay Oyegun as the screenwriter. Photo courtesy Imani Khayyam

Jackson native and author Angie Thomas is on a roll as her second novel "On The Come Up" is set to be adapted to film. She announced last week that "This Is Us" producer and writer Kay Oyegun will write the screenplay. Paramount Players, State Street Pictures and Temple Hill Entertainment are the production company behind the film with George Tillman Jr. back to direct.

"On The Come Up" follows Bri, a young, black rapper who is struggling to define her identity in the midst of her father's legacy, viral fame and a bit of controversy. Thomas told the Jackson Free Press she is excited because it has been a dream of hers since she was a little kid to have her novels adapted into films.

"It's a dream to have everything that I do adapted for film or television. It may not happen, but I'm going to do what I can on my part to make it happen," Thomas said. 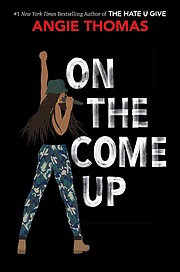 "As a writer and author, I have all these ideas that I can take into the film process and expand on, maybe in ways that I wasn't able to do with the book. I love looking at it from that different lens and bringing stories to life that way as well," she said.

Thomas said the studio, Fox 2000, picked Kay Oyegun, but she was on board with the decision. She and Oyegun are fans of each other's work, and Oyegun messaged her personally to tell her she got the job, she said.

"For me, it was one of those times where I know she was the right person because everything worked out in such a beautiful way. She's the right one for this. Knowing what she does for 'This Is Us,' I'm excited for everyone to see what she does with 'On The Come Up,'" Thomas said.

The author said she wants the film to showcase the story of Bri, a black girl who is trying to figure out who she is, while the world tries to tell her who she is, and her journey of deciding who she is regardless of the opinions of others.

"For me, that's what the story is ultimately about. I want to see her family aspects and how important that is and even, too, the importance of families that look different from 'traditional' families ... I have no doubt that the movie is going to show that because that's definitely a goal of ours," she said.

Although Thomas has given the director suggestions for actors and actresses she could see in certain roles, she isn't allowed to disclose her picks, she said.

"At the end of the day, I trust George, the director. He did 'The Hate U Give,' and he did a fantastic job with casting on that," she said. "Sometimes, there were people he cast that I said, huh, I wouldn't have thought of that, but when I saw them in the role, it made perfect sense."

Thomas said the film is still in the beginning stages, so there is no set date for its release. However, the studio hopes to start filming next year, she said.