The Most Intriguing of 2019 | Jackson Free Press | Jackson, MS

The Most Intriguing of 2019 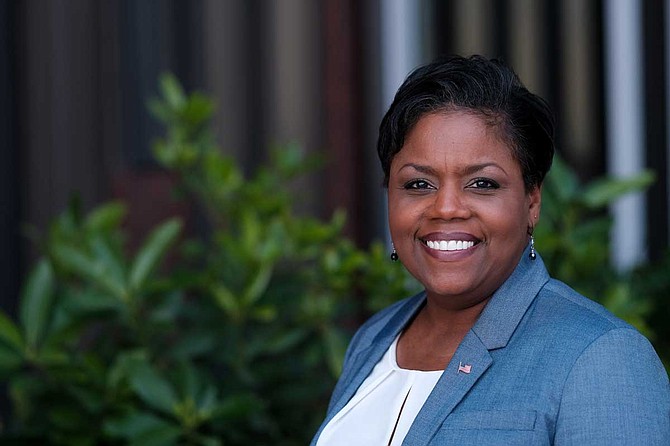 At the end of every year, the Jackson Free Press staff chooses the most intriguing newsmakers of the past year. These are not necessarily people who did positive things, although many did. They are Mississippians who emerged as the most interesting and who caused a lot of conversation in the capital city and beyond.

A former colonel in the U.S. Army,  Jennifer Riley Collins made a bold entry into Mississippi's statewide elections this year when she sought to replace Attorney General Jim Hood after he opted to run for governor. Mississippi has not elected an African American to statewide office since the late 1800s—and has never elected a black woman.

"Why can't I break the barrier? I will be very honest with you. I am fully qualified for the position," she told the Jackson Free Press in an early 2019 interview.

"I think people will see that as they learn about me, and as I get a chance to share my platform across the state of Mississippi. I think what I have to say will resonate with hard-working Mississippians, and they will see me as a fully qualified candidate. So why shouldn't I be able to break the barrier?"

While Collins did not break that barrier in 2019, she did put about 359,000 dents in it. She won about 20,000 more votes than Rep. Jay Hughes, a white male legislator who lost his bid for lieutenant governor to Republican Delbert Hosemann in a 20-percentage-point rout. After the election, Collins submitted a widely read guest column to this newspaper calling out the Mississippi Democratic Party for paying too little attention to black candidates and voters. —Ashton Pittman

Mississippi's popular Republican secretary of state will soon take the reins of the most powerful job in the state when he becomes lieutenant governor on Jan. 9, 2020. In that capacity, he will serve as president of the Senate, giving him both executive powers and the ability to appoint powerful committee chairs—giving him significant say over the legislative agenda.

Hosemann's 20-point victory stands in stark contrast to other Republicans, like incoming-Gov. Tate Reeves, who won by a mere 5.5 points after running a campaign focused on attacking opponents and pledging allegiance to Donald Trump his No. 1 campaign issue. Hosemann bucked that strategy, focusing instead on issues where he finds common ground with many Democrats: expanding Medicaid, raising teacher pay, investing more in public schools, expanding pre-K programs and repairing crumbling roads and bridges around Mississippi.

Jackson attorney Shanda Yates had not planned on seeking political office when Democrats approached her about running for a Republican-held seat in early 2019, but with a little convincing, she took the leap. Months later, in November, she ousted longtime House District 64 Rep. Bill Denny, a top Republican at the Legislature who first won that seat when Yates was just 6 years old.

"It's really exciting. It's also a little surreal if I'm being honest," she told the Jackson Free Press shortly after the Hinds County Election Commission finished counting the ballots. "I always had in the back of my mind, 'This is probably not going to pan out at the end of the day, but I'm still going to give 100% and see how close I can get.'"

Yates said the key to her victory was the time she and her supporters spent knocking on thousands of doors and talking to voters about issues like funding education and paying to repair roads and bridges. She refused to take Democratic votes for granted by focusing mostly on swing voters, she said, ensuring that people got to know her as a person. —Ashton Pittman

While on the campaign trial, incoming Hinds County District Attorney Jody  Owens promised to lead criminal-justice reform locally. His "smart justice" platform drew endorsements from officials including Mayor Chokwe A. Lumumba.   A former civil-rights lawyer with the Southern Poverty Law Center until his resignation last June, Owens will succeed Robert Shuler Smith, whose rocky eight-year-tenure was mired by scandal, management and transparency issues, as well as facing multiple criminal charges in Hinds and Rankin counties himself, but no convictions.

Although Owens has spoken positively of his predecessor, his vision for the office looks markedly different than that of Smith. Owens says he wants to overhaul pretrial detention in the county, likening the current system to a debtor's prison. Owens, who is often called a "decarceral" prosecutor, believes in refocusing criminal-justice policy through the lens of public safety. To this end, he wants to roll out more alternatives to incarceration, such as electronic monitoring, but also diversion programs and drug courts.

In October, The Appeal reported sexual-harassment allegations against Owens from several women who worked with him at SPLC. Owens has vehemently denied the allegations, some of which date back to 2013. — Seyma Bayram

Glenn Boyce hit the University of Mississippi like a lightning bolt. His installment by the Institutions of Higher Learning's Board of Trustees upended a year-long process to select a new chancellor in favor of a man previously paid to assist in the search process. Outrage gave way to the careful silence of unease, with many among the faculty and student body concerned that his selection signaled a State-directed clampdown on academic freedom and campus progressivism.

Boyce is only the latest flashpoint in the struggle between the IHL board and the UM community, which stretches back to the unceremonious removal of Chancellor Dan Jones in 2015. But he represents an escalation in the board's stake in the fight: Boyce served as commissioner of the IHL board from 2015 to 2018, late enough to preside over changes to the very search process that would then be invoked to bring him into the Lyceum. The trajectory and impact of his tenure, however, remains to be seen. — Nick Judin

With more than 20 years of experience as a circuit judge, Hinds County Senior Circuit Judge Tomie Green has deep insight into Mississippi's criminal-justice system. But unlike most Mississippi judges—who may refrain from publicly criticizing the systems in which they operate, opting instead for a tough-on-crime persona for fear of upsetting voters—Green has been vocal in identifying areas in which the Hinds County justice system can improve.

She helped to push for reforms to Mississippi Rules for Criminal Procedure, to address, among other issues, excessively long pretrial incarceration rates, which not only violate the constitutional rights of those behind bars but also burdens taxpayers. This culminated in a 2017 Mississippi Supreme Court ruling that requires senior circuit judges to review pretrial detainees' conditions for release if they have been jailed for more than 90 days.

Green oversaw her court's transition to an online filing system of pleadings, to reduce administrative errors, delays and gaps in communication. She also keeps abreast of what is happening in the county jail, regularly receiving and reading letters from the people locked up there. With a roster of powerful, outspoken and mostly women judges on her team, Green is poised to leave a significant impact on the local judicial system. — Seyma Bayram 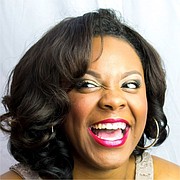 Arekia Bennett is still in her 20s, but she is already having an outsized impact on election engagement on young people in Mississippi, especially voters of color.

When Bennett took over executive leadership of Mississippi Votes, an organization started and previously run by young white Mississippians to analyze voter data and increase registration and turnout, she quickly focused on recruiting, engaging and listening to African American millennials and members of Generation Z.

When Bennett came to the Jackson Free Press after the November election to record a "Let's Talk Jackson" podcast, she brought two younger women with her, praised them and other young people, and continually focused on her own need to listen to younger voices in Mississippi who have much to teach older folks, even those her age.

She graduated from Bailey Magnet High School and got her bachelor's degree in physics from Jackson State University. While at JSU, she was heavily involved in activism and advocacy, largely around women's reproductive issues and issues affecting women of color. 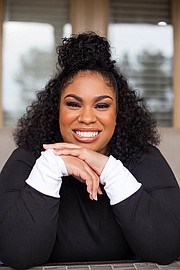 Make no mistake: Bennett is a force. — Donna Ladd

Coming off the heels of a successful film debut of her novel "The Hate U Give," Jackson native and novelist Angie Thomas will begin the new decade on strong footing. The author recently announced that Kay Oyegun, writer and producer for NBC's "This Is Us," will be the screenwriter for the film adaptation of her second novel, "On The Come Up." With this film, Thomas is embarking on a new journey as a producer, where she'll get to play more of an active role in bringing her novel to life on film, and in the future, other stories to film as well.

Despite her busy schedule—and post-election tweets saying Mississippi's politics are driving her to move out of state—the author still finds time to give back by cleaning up Aaron Henry Park in the Georgetown community where she grew up, citing the late Nipsey Hussle as inspiration. The park played a key role in her upbringing, ultimately leading to her decision to become a writer. Be it luck or the grace of God, Thomas' reign doesn't seem to be letting up anytime soon. — Aliyah Veal

The past year was huge for female emcees in hip-hop in Jackson and beyond, and Gautier native and rapper Charity Hicks, known as Vitamin Cea, is no exception. Following the debut of her 2017 project "JoyFULL Noise," Cea has had a pretty busy year, performing across her home state and garnering heavy media coverage.

The rapper is the music supervisor for the new web series "Black Enough" and headlined the Mississippi State Fair's "Music on the Midway" concert. She has been featured in the Jackson Free Press three times in the past months with contributions in two of the magazine's cover stories, as well as having her own feature story.

Cea capped off the year with performances in Jackson rapper Dolla Black's 4th Quarter Exchange music event, an all-female-led showcase, and comedian Hannibal Buress' Isola Fest in Isola, Miss. Vitamin Cea just might be the breakout, female energy that Jackson has been waiting for. — Aliyah Veal

Outgoing Hinds County Supervisor Darrel McQuirter tried to disqualify perennial local candidate David Archie after Archie defeated McQuirter for District 2 seat on Aug. 6. McQuirter argued that Archie didn't live on Shady Lane Oaks Street in District 2 and, therefore, could not run for the supervisor seat. Archie maintained that his home is under renovation and that he plans to move back into it soon.

Likewise, Archie had lost a challenge four years ago to McQuirter for the same seat. In November, a county circuit judge ruled in Archie's favor, so he will join the Hinds County Board of Supervisors, where he will have his hands full.

In addition to leveraging purse power—the Hinds County Board of Supervisors determines how and where county taxpayer money is spent—Archie will work alongside the rest of the board to implement a plan to turn around the Hinds County Detention Center, which is still in a state of crisis four years after the U.S. Department of Justice placed it under a federal consent decree. A 2015 federal investigation into the 594-bed facility revealed that it violated pretrial detainees' constitutional rights, had severe staffing shortages, faulty facility construction and a culture of violence, among other problems. — Seyma Bayram