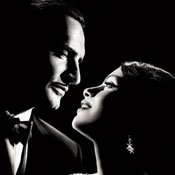 "The Artist" won hearts and might pick up the Best Picture Oscar.

Most cinema scholars revere 1939 as the ultimate year in motion pictures. The slate of films up for the Academy Award for what was then called "Outstanding Production" included "Gone With the Wind" (the winner), "Of Mice and Men," "Stagecoach," "The Wizard of Oz," "Goodbye, Mr. Chips," "Mr. Smith Goes to Washington," "Ninotchka," "Wuthering Heights" and "Dark Victory." Nothing since the new millennium comes remotely close to the majestic heights reached in 1939 or even the peaks of the early 1940s or mid-1970s. That is, until 2011.

Shameless recycling marred my overall impression of 2011's movie worthiness. "The Hangover Part II," "Transformers: Dark of the Moon," "Conan the Barbarian," "Johnny English Reborn" and a bunch of comedies that seemed taken from a cardboard cutout diminished the year. But buried within the trash and swill were some cinematic treasures.

While I am not saying that 2011 is of the same caliber as 1939, many of this year's Oscar-nominated films are remarkable because of great performances ("The Help," "The Artist" and "The Descendants"), epic vision ("War Horse"), nostalgic and off-beat charm ("Midnight in Paris" and "Hugo"), or a compilation of abstraction and philosophical thought ("The Tree of Life"). All these films slice human experience in different ways, and each allows us to understand the meaning of art in a way our middle-school art teachers could not (bless their hearts).

This year has nine nominees for Best Picture. It's an odd number. Why not 10 or, say, a dozen, which was a common enough number back in the early Academy days? The list for top films in 2011 could have easily included "Tinker Tailor Soldier Spy," the raunchy comedy "Bridesmaids" (although comedies almost always get the shaft) or "Harry Potter and the Deathly Hallows: Part 2." Academy voters also missed the mark by failing to include Tate Taylor ("The Help") in the Best Directing and Best Adapted Screenplay races.

But we can't change what's been done, and the race for cinematic glory is on.

Best Picture
Even though "Hugo" has the most nominations with 11, the favorite is "The Artist." The enchanting black-and-white, silent film moved fast to the top, and it will likely reign supreme on Oscar Sunday.

The sentimental favorite for Mississippians is "The Help," is based on Kathryn Stockett's best-selling novel about black women who worked for white families in Jackson during the Civil Rights Movement. If you meander over to the Academy Awards website (oscar.go.com), the Best Picture listing credits native Jacksonian Brunson Green as one of the film's producers, along with Christopher Columbus and Michael Barnathan.

The last film I was this excited about was "Ballast," which Jackson's Nina Parikh produced. We are proud of "The Help," but it will require more than a Hail Mary for the film to win. Before the end of the year, the battle was between "The Artist" and "The Descendants." Having already won the Producers Guild Award for Best Picture, "The Artist" has unstoppable momentum and will probably snatch the prize.

Best Directing
While nine films are nominated for Best Picture, the nominees for Best Directing are cut almost in half. The nominees are Michel Hazanavicius ("The Artist"), Alexander Payne ("The Descendants"), Martin Scorsese ("Hugo"), Woody Allen ("Midnight in Paris") and Terrence Malick ("The Tree of Life"). I predict Hazanavicius will win Best Directing. "The Artist" is a masterpiece of storytelling, acting and cinematography. Hazanavicius also won the Directors Guild of America award, which is another predictor of the Oscar prize.

Best Actor
I loved Gary Oldman's performance in "Tinker Tailor Soldier Spy," and Brad Pitt is, well, Brad Pitt; he charges up any film he is in. George Clooney was a front-runner for his work in "The Descendants," but Clooney is losing steam in this final stretch. Jean Dujardin will probably win Best Actor for his spectacular performance in "The Artist." (Clooney still rocks. He can write, direct and act.)

Best Actress
I said it when I first saw "The Help" at the Mississippi premiere, and I'll say it again: Viola Davis will win Best Actress. She centered the entire movie. And while we all love Meryl Streep, who is nominated for her lacquered and tough performance in "The Iron Lady," does anyone really want Margaret Thatcher to overshadow the Mississippi worker?

Best Supporting Actor
So many superb actors are in this category. I'm going with the experienced screen veteran Christopher Plummer for his role in "Beginners."

Best Supporting Actress
If there is any category that defies prediction every year, it's this one. But this year, the winner seems more concrete. I have been a longtime fan of Octavia Spencer, and after her gracious win at the Screen Actors Guild ceremony, she will probably add an Oscar to her collection for her spunky performance in "The Help."

Best Original Screenplay
I loved the scripts for "The Artist," "Bridesmaids" and "Midnight in Paris," three of the five contenders in this category. The Academy will want to reward Woody Allen for his long and successful career. Allen is a prolific writer-director (turning out a new movie nearly every year), and he will--or at the very least should--take the prize for Best Original Screenplay for "Midnight in Paris."

Best Animated Feature
I predict the wildly entertaining Rango, by Gore Verbinski, will win, although Chico & Rita has been getting good buzz.