Get Down with ‘Get on Up’ | Jackson Free Press | Jackson, MS

Get Down with ‘Get on Up’ 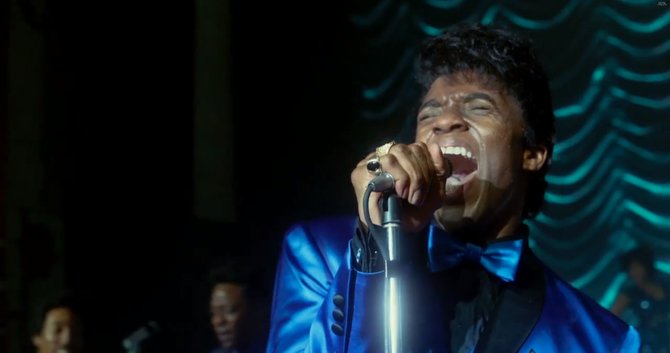 “Get on Up” gives an in-depth look at the life of music legend James Brown.

The red carpet rolled out in Mississippi for Tate Taylor's new film "Get On Up," starring Chadwick Boseman as the iconic Mister James Brown.

The crowds lined up for a peak at the star-studded cast and the home-grown talent, which included Jamarion and Jordan Scott, who interchange as young James; Alvin Edney II, who plays Brown's son Teddy; the grande dame Cleta Ellington; McKenzie Matthews, who plays Brown's daughter; and Jaclyn Bethany, who samples a mashed-potato move in one of the film's scenes.

In the last five years, the front man for bringing Hollywood movies to Mississippi is Jackson native Taylor. As the man who wrote and directed "The Help" (2011), Taylor is a master of collaboration and deal-making. For "Get on Up," Taylor joins forces with Mick Jagger and Brian Grazer to produce and direct a sizzling-hot biopic on Brown, which is based on a script written by Jez and John-Henry Butterworth.

In an interview with Jackson Free Press, Taylor said that it was a departure for him to do a music movie, but he loved the challenge. He films in Mississippi because the locations are transformable, the people are the best, and the motion-picture incentives make it all worth it.

I admit that I was rooting for this film even before I saw Boseman's transformative, energetic and raw performance. "Get On Up," like its subject matter, has an electrifying spirit. The film never stops moving. It treats the concept of time as a non sequitur and slides between eras without warning. One moment, Brown and his entourage fly to Vietnam under gunfire, and the next, Brown wears a full-length fur coat for a press conference on his music.

The mechanics of movies are rarely as entertaining as they are in "Get On Up," where they are cleverly designed to be the kind of fun that keeps you alert and conscious of the enjoyment of the artifices themselves.

The journey begins and ends with an aging Brown, but between those endpoints, we laugh, we cry and, at times, we dance on the edge of our seats.

Brown grew up in rural South Carolina. His Aunt Honey (Octavia Spencer) raised him in a brothel. Brown's father was abusive, and his mamma (Viola Davis) left him when he was young, but it wasn't because she was a bad person. During the Great Depression, the circumstances were unbearable. The boyhood scenes (what I think of as the "rosebud" moments in the film) define the man who grows up not trusting anyone but himself.

The scene where Davis and Boseman meet years later in the Apollo Theater dressing room transforms the entire movie into something human and tangible. Boseman, Ellis and Davis deserve Academy Award nominations, as does Taylor for his direction.

Given the talent of the actors and the strength of the film's director, the performances in "Get On Up" are triumphant and masterful. Nelsan Ellis is fantastic as Bobby Byrd. Ellis' nuanced performance complements, and enhances Boseman's bigger-than-life Brown.

This movie is elaborate, energetic, flashy, over-stimulating and a demonstration of excess, hubris and showmanship. You can just imagine Brown smiling down on us, singing "So good, so good...." from his hit "I Feel Good."