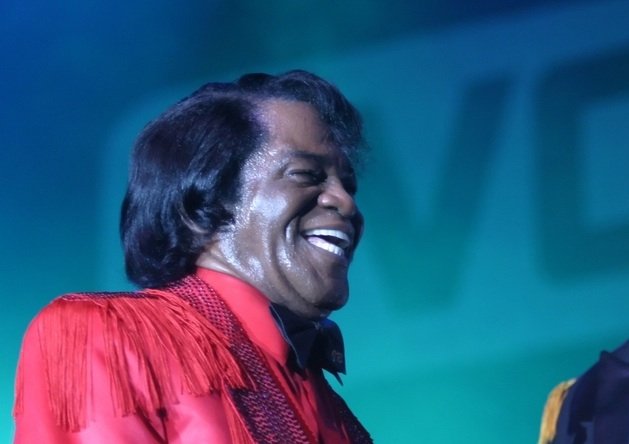 Tate Taylor, Jackson native and the director of "The Help," starts shooting "Get on Up," a biopic of James Brown's life, in Natchez today. Anderson, S.C.-born actor Chadwick Boseman will play James Brown. The cast also includes Octavia Spencer and Viola Davis (of "The Help" fame), and Hollywood Reporter announced today that Dan Aykroyd has also joined the cast. Some of the producers include Brian Grazer, who was one of the producers of "A Beautiful Mind," and Rolling Stones legend Mick Jagger.

The film's production begins today, Nov. 1. Tate Taylor told CBS News Aug. 26 that he chose Mississippi for filming because the state provides a similar look and feel to South Carolina and Georgia.

"We're matching Natchez to a number of different cities in the United States because our story covers quite a bit of (James Brown's) life," Executive Producer Trish Hoffman told the Natchez Democrat Oct. 11. "The nice thing about Natchez is that you have a lot of locations available, and it's largely untapped."

"Get on Up" will also be shot in Jackson, which will become downtown Cincinnati, home of King Records, the company that signed Brown. The Mississippi Coliseum will be Boston Gardens, where Brown performed a concert and calmed the crowd after the shooting of Rev. Martin Luther King Jr. in Memphis, Tenn., in 1968. Taylor plans to shoot all scenes in Mississippi, including those set in Paris and Vietnam.

"I Got You (I Feel Good)" is James Brown's most-known song. Unless you've been under a rock for the last 50 years, you recognize at least one verse of the lyrics: "I feel good, I knew that I wouldn't of, so good, so good, I got you..." The song was released as a single in 1965. Out of his 99 songs to reach the Billboard Hot 100, "I Got You" was his highest charting single, going all the way up to number three.

Brown wasn't always as fortunate, though. He was born May 3, 1933, in a one-room shack in Branwell, S.C., a few miles from the Georgia border. His parents split up when he was 4 years old, and he was sent to live with his Aunt Honey, who managed a brothel in Augusta, Ga. He worked wherever he could, doing odd jobs such as picking cotton and shining shoes.

After being dismissed from school at age 12, he turned to religion and music. At 16, Brown went to jail for car theft, where he organized and led a prison gospel choir. After his release from jail, he spent the next two years boxing and playing semiprofessional baseball until up-and-coming R&B artist Bobby Byrd convinced him to join the Gospel Starlighters, who were later renamed the Famous Flames. Their demo of "Please, Please, Please" landed them a deal with King Records, but after being unable to match the success of their first hit, the Flames went home.

Brown moved to New York in 1958 to record "Try Me." This song kickstarted his career. With a string of hits, he began performing five and six nights a week, a feat that earned him the title of "The Hardest-Working Man in Show Business." Along with performing his songs, he also focused his attention on learning the most popular dances at the time, such as the "camel walk" and the "mashed potato." (source: biography.com)