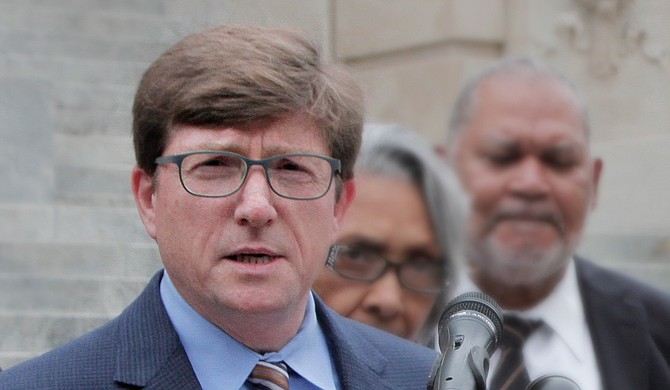 Mississippi Rep. David Baria, D-Bay St. Louis, who is running for Sen. Roger Wicker's seat, said he believes medical marijuana should be decriminalized and that federal prosecutors should not be in states where it is legalized. Photo by Arielle Dreher.

"I can tell you without reservation that I am in favor of legalizing medical marijuana that can be prescribed while under a doctor's care," he said May 2 on a telephone town-hall call, answering a caller's question. "I know that medical marijuana has benefits for patients suffering from PTSD and for folks experiencing pain, like cancer patients."

Baria even suggested that legal medical marijuana could reduce opioid use nationwide, which has been deemed a national crisis. Currently, marijuana is illegal at the federal level, although some states have legalized the substance on their own terms. Nine states and Washington, D.C., have legalized marijuana for all uses, including recreational and medical. Mississippi has decriminalized the possession of marijuana under 30 grams for the first conviction.

The Trump administration has taken a hard line on prosecuting marijuana-related charges. Attorney General Jeff Sessions issued a memo in January directing all U.S. attorneys to enforce and follow federal laws in regards to marijuana-related "activities."

"[T]oday's memo on federal marijuana enforcement simply directs all U.S. attorneys to use previously established prosecutorial principles that provide them all the necessary tools to disrupt criminal organizations, tackle the growing drug crisis, and thwart violent crime across our country," Sessions said in a Jan. 4 press release.

About six in 10 Americans favor the legalization of marijuana, Pew research shows.

An ACLU analysis found that the large majority of marijuana arrests in the country are for possession, not for selling or distributing. Additionally, African Americans are nearly four times more likely than white people to be arrested for marijuana, the analysis found.

The primary election for Wicker's seat in Congress is on June 5. Baria, who faces six candidates in the Democratic primary, has raised the most individual donations, FEC filings show. He has more than $120,000 on hand. Howard Sherman has the most funds at his disposal, however, after he loaned his campaign half a million dollars. Other candidates have raised less than $1,000 or do not have campaign-finance reports filed, yet.

Wicker, who faces Richard Warren Boyantan in the Republican primary, has held his Senate seat since 2007. He has $3.4 million in cash on hand, the most recent FEC filings show.