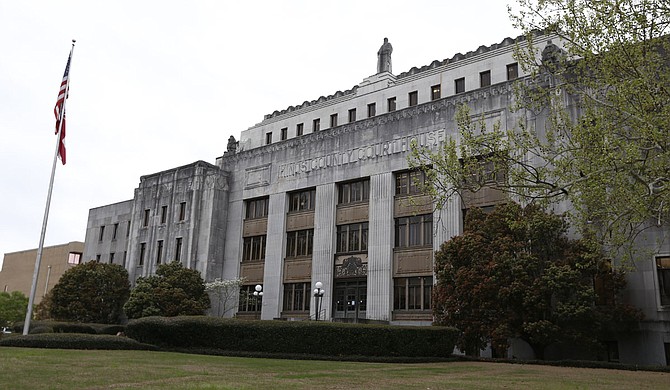 Indigent defendants accused of felonies in 10 county-court systems do not consistently receive legal representation, as required in the 6th Amendment, a study finds. Photo by Imani Khayyam.

JACKSON — Mississippians accused of felonies who cannot afford their own representation have the right to counsel and a speedy trial under the 6th Amendment, but a new report found that access to adequate representation across 10 Mississippi counties is lacking and far from consistent.

"I feel very strongly that Mississippi would benefit in multiple ways from a well- organized and adequately funded state defender system so we wouldn't have great disparity in the quality of legal representation in different parts of the state," Mississippi Supreme Court Justice James W. Kitchens, chairman of the Public Defender Task Force, said in a press release.

The report found that the state has no way of ensuring that local counties and governments are guaranteeing effective representation for indigent Mississippians accused in felony cases in the trial courts. Often, judges select inexperienced attorneys to represent these defendants, the report found.

"Even an attorney newly graduated from law school and having just passed the bar examination can be assigned to represent an indigent defendant in the most serious of non-capital felony cases where the defendant faces life in prison if convicted," the report says.

Report: The Right to Counsel in Mississippi 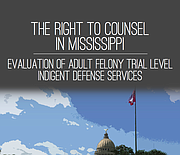 The report, which took three years of research to complete, also found what other advocates have long said about the pre-trial detention in the state. In the 10 courts studied, defendants charged with felonies experienced a long delay the authors describe as a "black hole" between the time of arrest and arraignment and then the grand-jury indictment.

"On average the delay between arrest and grand jury indictment in the 10 studied counties range from two months to over a year," the report says.

In 2017, the ACLU, MacArthur Justice Center and the 8th Circuit Court District Attorney's office, along with the judges in that district, in Mississippi reached a settlement agreement to ensure that every person has a right to pre-trial representation. That agreement affects Leake, Neshoba, Scott and Newton counties.

The re-entry council's suggested changes are on the governor's desk to sign. House Bill 387 creates the Mississippi Sentencing Disparity Task Force to study the disparities in sentences judges give for the same crimes throughout the state.

The report outlines several recommendations for the Legislature to create a state-level entity that would create and monitor standards for public defenders statewide.

State Defender Andre de Gruy, a member of the task force, said his office is responsible for developing plans for a statewide public defender system.

"We believe this comprehensive study of our current statewide practices will demonstrate the urgency of our task," he said in a press release.

"Every government expenditure should be based on evidence-based study, and there must be accountability. Utilizing the recommendations in this report, OSPD and the Public Defender Task Force will be able to provide the Legislature with a plan to correct the deficiencies in the current splintered system while retaining those aspects that are working well," de Gruy said.

Correction: A previous version of this story reported that Gov. Phil Bryant had signed House Bill 387. He has not signed the measure yet. We apologize for the error. Email state reporter Arielle Dreher at [email protected].